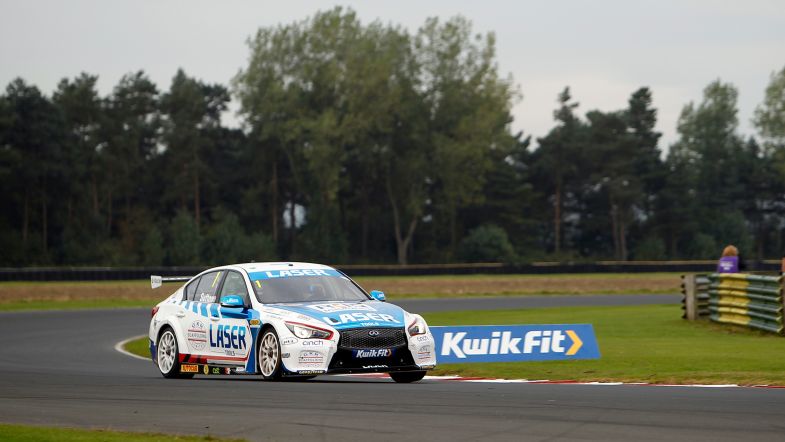 Ash Sutton retains advantage as things tighten up behind

Ash Sutton was able to retain a slender lead in the BTCC standings during the seventh round of the season at Croft, but the fight behind has tightened up heading straight to Silverstone next weekend.

Sutton took a 30 point lead into the weekend and managed to take his ballast-heavy Infiniti to a solid sixth place in the opening race of the weekend.

With the weight removed, Sutton battled hard to fifth spot in race two and then took a podium in race three after heaping pressure on Gordon Shedden throughout in his bid to grab second spot.

Sutton now leads by 29 points, but just eight points cover the chasing four drivers ahead of round eight.

“It’s not been a bad weekend,” he said. “It wasn’t my usual driving style this weekend as I had to play it careful and drive with my head. The weight hurt us a lot in qualifying and race one, but the results have been down to driving with my head and thinking about the points which is key at this stage.

“It’s nice to have a buffer at the front and the little gap is good – to come in with a 30 point and leave with 29 is a solid weekend. I need to keep my head down and focus on what is ahead and let them squabble behind.”