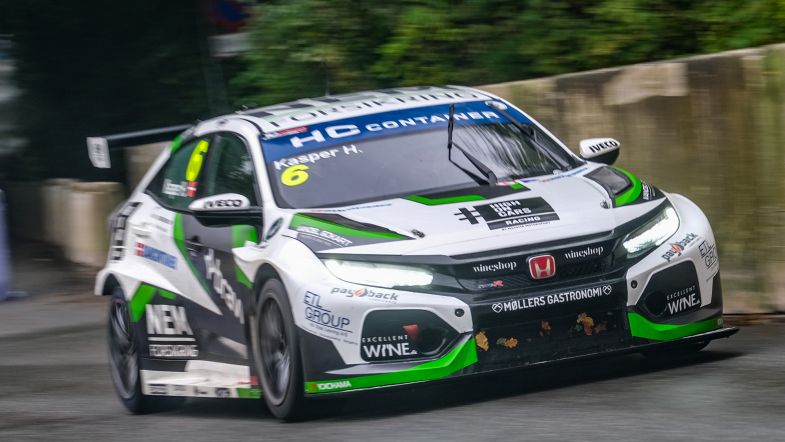 LM Racing driver Magnussen made a strong start, but reigning champion Jensen made an even better start from third on the grid.

As Jensen tried to go past both Magnussen and Casper Elgaard, who started second, the trio made contact and triggered multiple incidents.

The race was red flagged as the cars were cleared from the track and Bach was the only driver able to get back to the restart of the involved drivers.

Peugeot 308TCR driver Elgaard inherited pole as the race was restarted but was immediately passed by Jensen who once again made a strong start in his Honda.

Things went from bad to worse for Elgaard who was also passed by Peugeot colleague Michael Markussen on the opening lap. The second lap saw Elgaard making a mistake, hitting the wall and retired from the race.

Jensen kept the lead until the chequered flag fell with Markussen in second place, 1.4 seconds behind.

Jensen has extended his championship lead to 264 points. Elgaard is second on 238 and Markussen is third on 218 points.

The next TCR Denmark race takes place at Jyllandsringen on October 2-3.