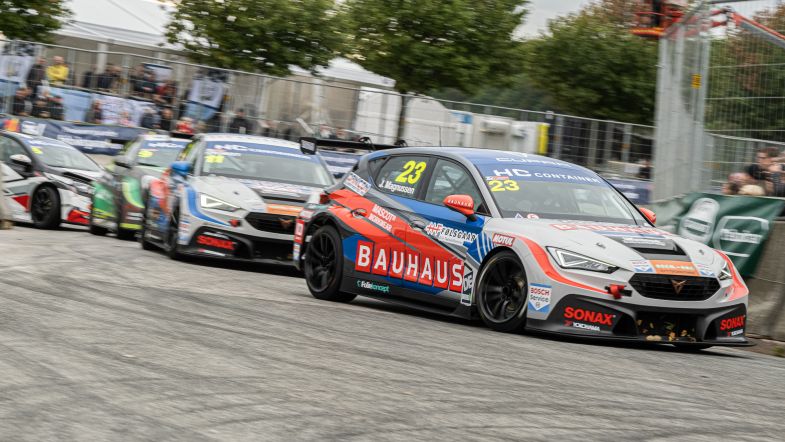 Jan Magnussen after Aarhus start crash: “So very annoying for the whole team”

Jan Magnussen was back for the TCR Denmark races at Aarhus, a weekend that started with a pole and a victory, but ended with a major crash.

The former F1 driver missed the two previous race TCR Denmark race weekends due to a crash in the Copenhagen race and most recently due to a clash with the 24 hours of Le Mans.

The Aarhus weekend started well for the Cupra driver who claimed pole, a win and a fourth place finish. But disaster struck in the final race when he was involved in a major start crash.

“The start in the final race was disastrous and it quickly became our end,” said Magnussen.

“I got a bad start and a competitor quickly took advantage of the situation. We collided which was the beginning of a chain reaction which ultimately also meant that my team-mate Nicolai Sylvest had to retire.”

LM Racing left the Aarhus race weekend with damaged cars, a similar situation to when they headed from the Copenhagen street race earlier this year.

“So very annoying for the whole team behind LM Racing who have performed really well at Aarhus and provided us with two quick Cupra race cars,” said Magnussen.

“It was certainly not the final race that we came for, instead we have to go home and get an overview of the damage.”