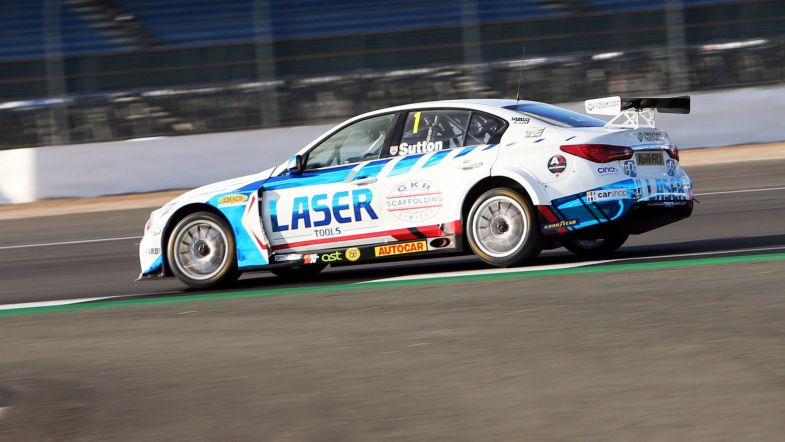 Ash Sutton admitted it was a shame to have missed on a potential second row start to a track limits penalty at Silverstone.

The defending BTCC champion showed strong pace across Saturday in his Infiniti Q50 despite the additional weight on his car and successfully made it through to the top ten showdown section of qualifying.

There however, he would end up with the eighth best time after a track limits penalty and he admitted to being frustrated not to get more.

“Overall we had good pace in the car in practice and car was strong and then in Q1 we had a nice balance but there was more to come,” he said. “We put on new tyres in Q2 but the balance shifted a bit and I struggled to get the lap in. When I did, I lost it so we could have been up in P4 and it makes tomorrow that bit harder.

“The car is strong here and the weight doesn’t hurt as much so hopefully we can have good race one, shed the weight and claw our way back.”

Instead, Aiden Moffat would fly the flag for Laser Tools Racing as he qualified third to continue the good form he showed at Croft last weekend.

“That was something new for us, carrying weight in qualifying, I wasn’t sure what to expect,” he said. “But P3, I’m over the moon with that!

“I just need to get as many points as possible. The big thing is, Ash [Sutton] has to do what he has to do for the championship, and if things are ever a bit of a dog fight, I’d look to help him. But we’re leading the Teams’ Championship too.

“It’s crucial that we both score good points and it would be nice if I carry on moving up the table a bit. We’re up to P7 now and starting third tomorrow so points are the main thing.”