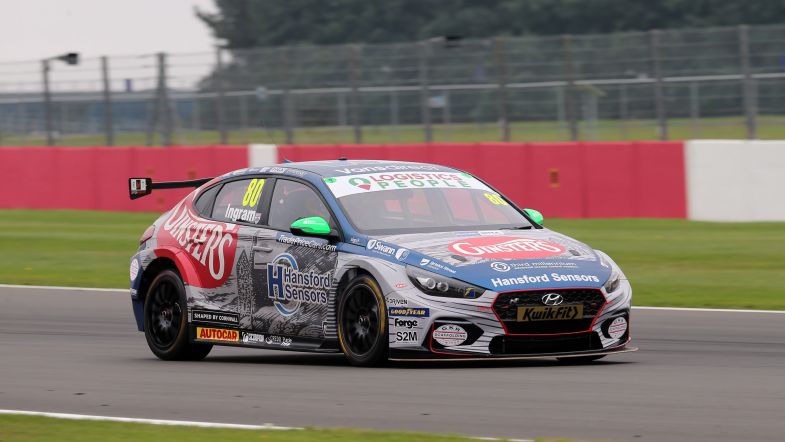 Tom Ingram said he was pleased to make the most of the reduced ballast on his car to snare a front row start in BTCC qualifying at Silverstone.

Ingram slipped to fifth in the points last weekend at Croft, but that meant the amount of success ballast he carried into round eight was reduced – aiding his chances of a strong qualifying result.

The EXCELR8 driver duly made it through to Q2 in qualifying and held provisional pole until the closing moments when Rory Butcher edged ahead, although Ingram was still pleased with second on the grid.

“This is what I’ve been saying about carrying 66kg of ballast into qualifying as it makes you go slow!” he said. “It was nice to take less weight into the session as we knew it gave us a chance, and being second on the grid means we can attack in race one and race two – we don’t need to take the risks we had to take last week in coming from the back.

“Rather than having to try and battle to the front for the reverse grid, I hope we can score some big points and now get right back into it.

“It will be nice to race against my old car tomorrow and I know where it will be good and where not so good, so hopefully I can have a good race.”