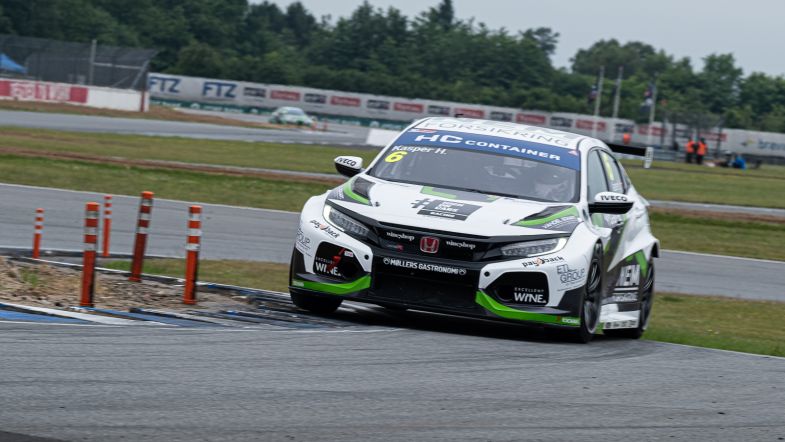 Jan Magnussen made it two LM Racing drivers in the top three, just under three tenths of a second from pole.

Jacob Mathiassen was sixth fastest behind the wheel of his Alfa Romeo Giulietta TCR, just below a second from the top time.

Peugeot driver Michael Markussen, who is placed third overall, was unable to take part in the qualifying session due to a technical issue and will start from the back of the grid.

The first race of the weekend starts at 12:00 CEST on Sunday.