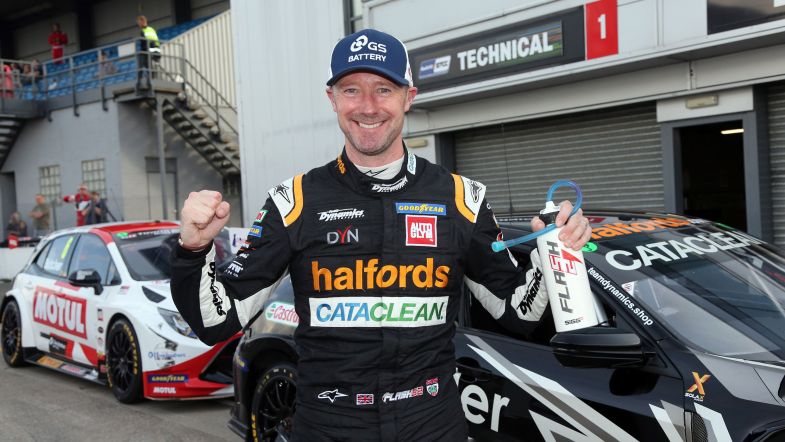 Gordon Shedden admitted he was delighted at securing pole position for the penultimate meeting of the BTCC season at Donington Park.

The Team Dynamics driver – yet to win since his return to the series this season – had qualified on pole at Snetterton earlier in the year only to lose the place to a penalty that dropped him to the back of the grid.

Eager to try and end the year on a high, Shedden successfully made it through the first phase of qualifying with the fifth best time and then produced the goods when it matter in Q2 to break the qualifying lap record and break the 1:09s mark.

It meant he grabbed pole ahead of Dan Lloyd’s Vauxhall, with the Scot looking to now convert it into victory on race day.

“We’ve had a tricky few rounds but when everything goes right, we know we are there or thereabouts,” he said. “We’ve got the car where I want it and I delivered two good laps – one to make Q2 and then one to grab pole.

“I really like this new qualifying format as it adds something to the championship and although we have the elation of today, we had the opposite at Silverstone when we missed out on Q2. It’s a good thing to have in my eyes.

“We’ve never really been able to build momentum this year so it’s great to now be on the front row and we can give it a good go tomorrow. We have a little bit of weight onboard, but the car feels good and I’m going out there to grab some good points.”