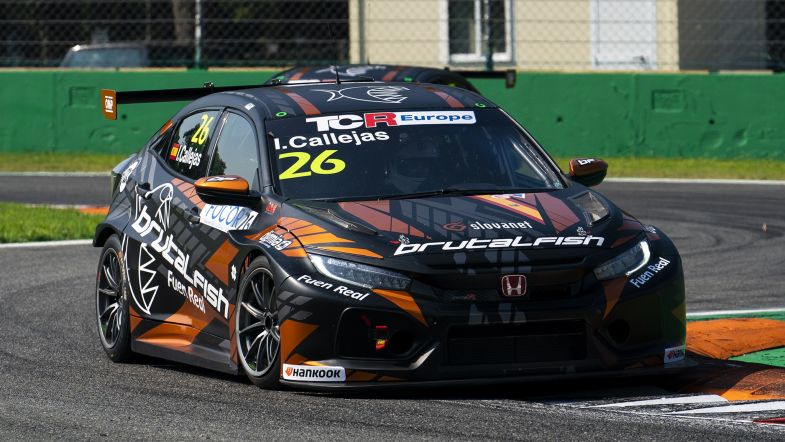 Brutal Fish driver Isidro Callejas was encouraged by his fifth place finish in Race 1 of the TCR Europe finale at Barcelona and hopes to finish his first season in the series with a victory.

“I think today it was the best race of the year,” said Callejas to TouringCarTimes. “We have shown good pace in qualifying, but we haven’t been able to repeat that in the race.

“Today in qualifying it didn’t go as we had expected, but for the race we prepared and pushed as much as we could, we were able to manage the tyres, so everything was good,” added the young Spaniard.

The race had a five-lap safety car period at the beginning, something Callejas says played a big role in his result: “The safety car allowed me to save the tyres a bit more and to not overheat them so much, but I think it prevented me from reaching the podium, which was possible for us today.”

Callejas will start Race 2 from the front row of the grid in second place.

“My strategy for tomorrow is the same as today’s: push hard from the start, try to build a gap,” said Callejas.

“My dream result would be winning the race, it would be the icing on the cake, specially with all my family who are here from Córdoba in southern Spain, and I would love to win for them tomorrow.”

The Spaniard claimed the ‘Rookie of the Year’ title earlier in the season and would like to continue racing in the series next year.

“I came this season for the first time and I really like the car, the series and the racing, so I hope to be able to continue next year,” concluded Callejas.