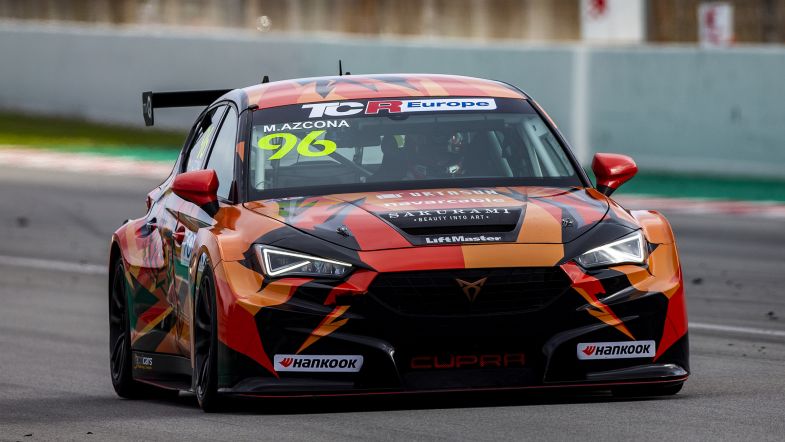 Mikel Azcona wins at Barcelona and is the TCR Europe champion

At the start Azcona made his pole position count to take the lead, with Teddy Clairet overtaking Sébastien Loeb Racing’s Sami Taoufik for second place.

Felice Jelmini (Hyundai Elantra N TCR) bumped into the back of Comtoyou Racing’s Tom Coronel (Audi RS 3 LMS) on the opening lap, with the Italian sustaining damage and retired from the race.

The safety car was deployed to recover Jelmini’s car and Felipe Fernández’s Cupra Leon Competición as both drivers were stuck in the gravel after separate incidents.

The safety car came in after five laps, with the race restarted with an extended distance to 14 laps.

Further back, PSS Racing Team’s Franco Girolami was recovering ground, making his way up to 15th place on lap eight.

Azcona claimed the victory by 1,4 seconds to Teddy Clairet as the chequered flag fell, with Taoufik completing the podium.

Race 2 is scheduled for 13:45 CEST on Sunday afternoon.