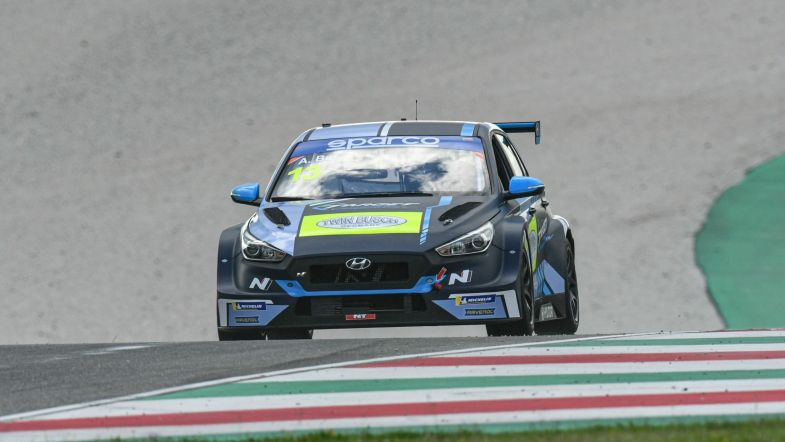 Target Competition’s Antti Buri took a lights-to-flag victory in the opening TCR Italy race at Mugello to grab the lead of the points ahead of the final race of the season.

Off the line, Buri got a superb getaway and was well clear of Ceccon and Eric Brigliadori by the time the field reached Turn 1 for the first time.

Behind, Marco Iannotta was tipped into a spin in the middle of the pack, forcing him to the rear of the field. He later retired in the closing stages after spinning into the gravel.

He wasn’t the only driver to hit strife during the opening lap, with Riccardo Romagnoli and Piero Necchi making contact at Turn 7, bringing out the safety car.

Until then, it had been a frenetic start at the front of the field, as Salvatore Tavano leapt up to thirds place as Brigliadori nearly dropped his Audi RS 3 LMS into the Turn 3 gravel trap after a huge slide.

From the restart, Tavano made his way past Ceccon on the run into Turn 1 with ease, while Michele Imberti also got around Nicola Baldan at the same corner.

Buri, all the while, had opened up a fairly healthy margin in the lead, gapping Tavano by nearly five seconds, as the latter had to defend heavily from Ceccon and the chasing Imberti.

This trio also had to watch out for Sandro Soubek’s Audi which had vaulted up the order from outside the top 10 and was now a serious podium contender.

The Austrian went side-by-side with both Baldan and Brigliadori down the main straight to take fifth place and soon deposed of Baldan, Imberti, Ceccon and Tavano to be Buri’s nearest challenger by the time the safety car appeared for the second time.

That was for Iannotta’s trip into the gravel trap two minutes from the end, which produced a slightly anti-climactic finish under yellow.

That meant that Buri was declared the winner from Soubek and Tavano.

Behind Cecco, Baldan finished fifth which means he drops to fourth in the points standings ahead of the final race of the year later on today, although he will start that race from fourth on the grid.

Race 2 is scheduled to take place later today at 16:40 CET