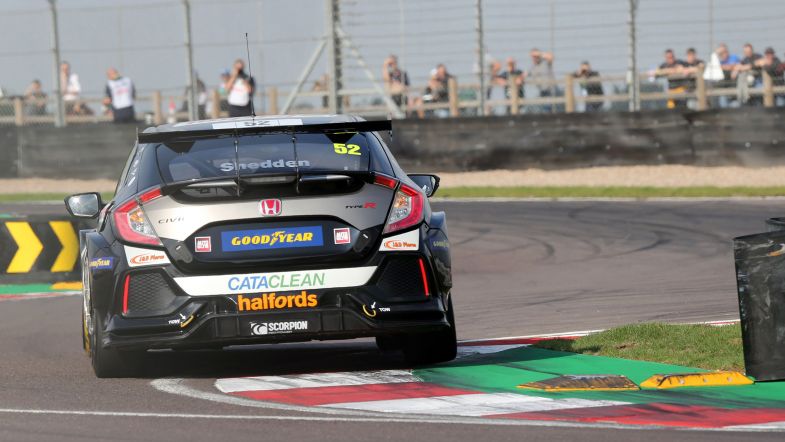 Gordon Shedden had been named as the winner of the second BTCC race of the weekend at Donington Park after a penalty was handed out to Tom Ingram.

Ingram had fought his way through from eleventh on the grid to secure victory in his Hyundai but was called before the stewards for the move that saw him take the lead at Coppice.

It was deemed that Ingram had used push to pass on Shedden to have got ahead, with the EXCELR8 racer handed a time penalty that reversed the pair in the results.

As a result, Shedden inherits his 50th BTCC win, with the penalty also allowing Ash Sutton to extend his points lead going into race three.