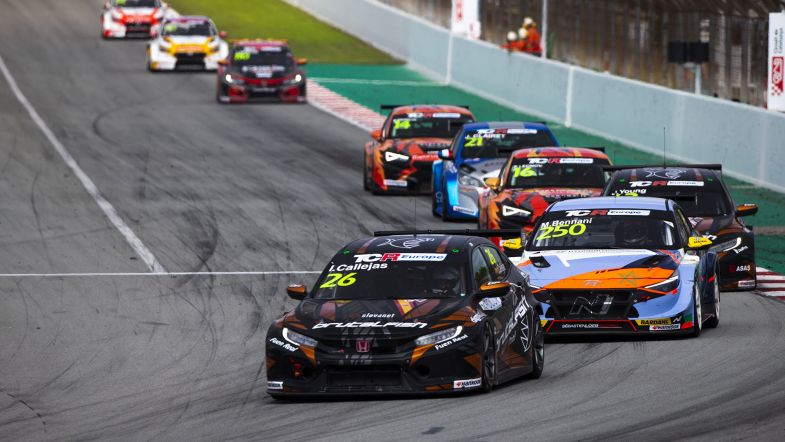 Isidro Callejas excluded from Race 2 in penalties galore at Barcelona

Brutal Fish driver Isidro Callejas who crossed the line in second place in TCR Europe Race 2 at Barcelona has been excluded from the race results due to a technical infringement.

Callejas’ car was found to be below the minimum weight in the post-race scrutineering checks, with the Spaniard excluded from the results, promoting Sébastien Loeb Racing’s Mehdi Bennani to second place.

Taoufik, who finished fourth, received a 30-second time penalty for causing a collision, dropping him to 15th place.

Peugeot 308TCR driver Jimmy Clairet was also hit with a 30-second time penalty for a separate incident, dropping him from sixth to 16th place.

The combined result promotes Teddy Clairet to the third spot of the podium.