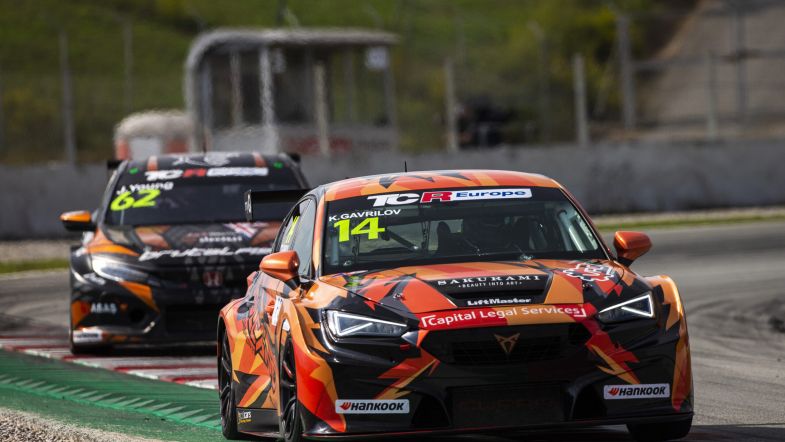 Volcano Motorsport’s Klim Gavrilov claimed his first TCR Europe victory in the last race of the season at Barcelona and is aiming to be back for 2022.

After a difficult season, Gavrilov switched to a Cupra Leon Competición for the season finale after racing an Audi for VRC Team previously.

Gavrilov made a good start in Race 2 and headed the field from lights to flag.

“I haven’t had any training with this car, so I’m happy I did the start very well and without losing any positions,” the Russian told TouringCarTimes.

“Also the car’s setup was very good because, after the first race, we were working almost all night to adjust what we needed to adjust to make it better.

“So we changed the tyre pressures to make them better for these conditions so it was good, more stable and I could carry more speed through the corners. So yes, it was pretty good, I liked it.”

The Volcano Motorsport driver was under pressure form Brutal Fish’s Jack Young for a few lap: “I was closing the corners so he couldn’t attack me, but I was also trying to understand the setup of the car during the first few laps, so I wasn’t pushing as hard as I could.

“I was understanding the car and, when I got this feeling about how I could push the car or let it slide in the middle of a corner, I was able to control it better and I went faster,” Gavrilov explained.

Despite a difficult first season, Gavrilov has a positive feeling and is hopeful of remaining in the series.

“We’ll see what will happen in the winter, but I guess I will continue in TCR Europe for next year,” concluded the Russian.