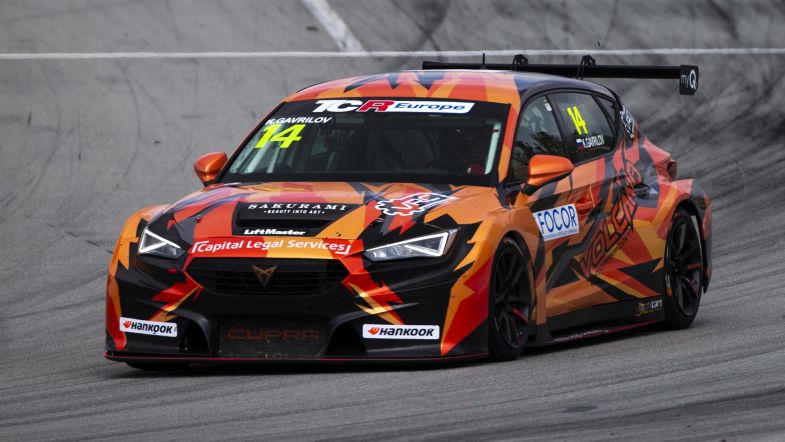 Klim Gavrilov finishes the season with a solid victory at Barcelona

Volcano Motorsport’s Klim Gavrilov claimed his first win of the year in Sunday’s Race 2 at Barcelona, to close the TCR Europe season on a high.

At the start Gavrilov – having switched to a Cupra Leon Competición for the finale – moved to the inside to defend the lead from pole position ahead of Brutal Fish’s Isidro Callejas and Jack Young, both with Honda Civic Type R TCRs.

Young overtook Callejas for second place on the second lap. Further back, PSS Racing Team’s Viktor Davidovski and Volcano Motorsport’s Evgenii Leonov had several bouts of contact as the Macedonian overtook the Russian for twelfth place.

On the move was PSS Racing Team’s Franco Girolami, already up to tenth place on lap three. Young started mounting the pressure on Gavrilov as the leading pair opened a gap to Callejas.

Sébastien Loeb Racing’s Sami Taoufik and Mehdi Bennani fought for fourth place, also putting the pressure on Callejas. Behind them, Teddy and Jimmy Clairet closed the gap to the group.

Young lost ground to Gavrilov in the middle of the race, with Callejas fending off Bennani’s attacks as Langeveld joined the group.

But Young received a drive-through penalty for track limits with two laps to go, with the Briton losing any chances of a podium result, with the Brutal Fish driver completing his penalty on the penultimate lap.

At the chequered flag Gavrilov took his first victory of the year, with Callejas fending off his pursuers to finish in second place with Bennani completing the podium.