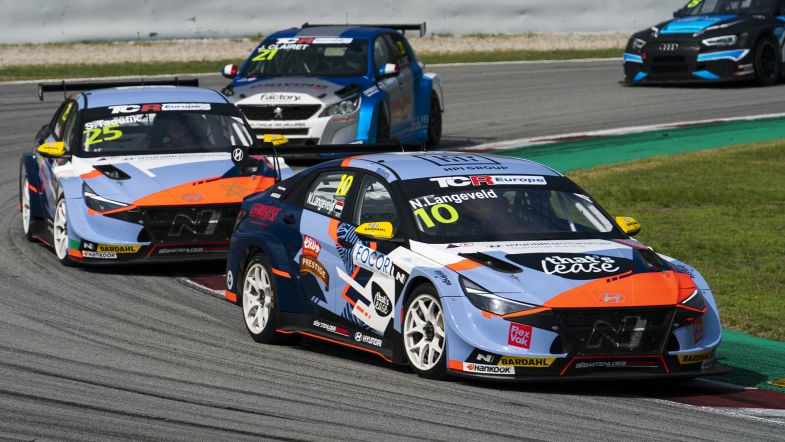 Niels Langeveld: “We couldn’t do more than P3 this year”

Dutch driver Niels Langeveld finished the 2021 TCR Europe season in third place overall for Sebastien Loeb Racing and says it was the absolute maximum he could achieve.

“I’m fully convinced that this was the maximum, finishing P3 in the championship,” Langeveld told TouringCarTimes.

The Hyundai driver claimed two podium finishes this year, failing to reach the top spot of the podium.

“It is what it is, we fought hard, we learned a lot, the cars arrived late, so we did a decent job to be here on the grid,” said the Dutch.

“For me, it’s clear we are lacking on top speed, which makes it difficult to overtake when you are fighting against a better car, so yes, it’s different to WTCR where there are other issues.”

The weekend at Barcelona wasn’t easy for Langeveld, with a sixth and a fourth place finish: “I general, I’m happy. The only fact is that I would have loved to finish with a podium and I have finished the season with only two podiums, that’s a bit poor. I’ve had four fourth places and lots of top-six finishes. Monza was difficult but, for the rest, we were always competitive.

The SLR driver also believes he could have challenged champion Mikel Azcona (Cupra) if he’d driven the same car: “Azcona is a very good driver, I’ve competed against him, I won the championship from him on this track in 2016 with the same car so, if we had had the same car this year, I’m sure I could have made life much more difficult for him. Nonetheless, he did a good job and I think I can be happy with P3.”