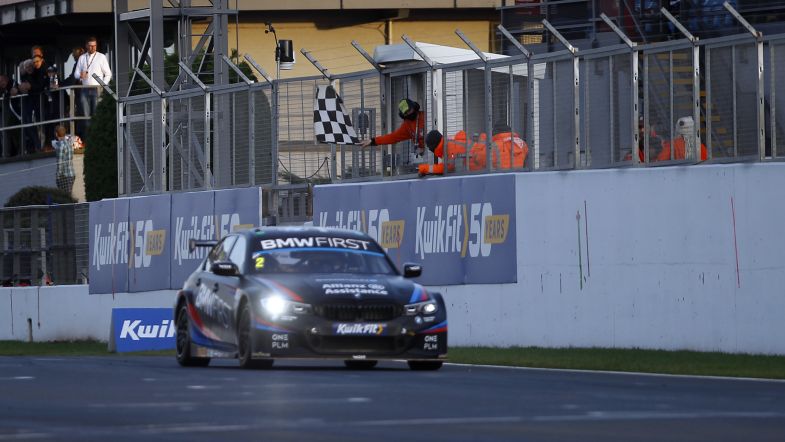 Colin Turkington pleased to stay in the fight

Colin Turkington said he was pleased to remain in the fight for the 2021 BTCC title after a rollercoaster weekend at Donington Park.

The WSR driver had put solid points on the board in the opening race of the weekend to gain ground on Ash Sutton in the standings and looked set to do it again in race two as he diced for third with Rory Butcher’s Toyota.

However, a rare error going into the Old Hairpin saw Turkington spin his BMW and dropped him back to eleventh spot – with his weekend saved when he was drawn on pole for race three.

A strong drive from the Northern Irishman saw him control proceedings from the front to hit 60 BTCC wins, and with Sutton back in eighth, the gap between the pair sits at 32 going into the season finale.

“That was a pretty emotional win,” he said. “With what happened in race two and what it could have meant for the championship, getting drawn on pole was a stroke of luck.

“It’s still a big job to win – even when you are on pole – but the BMW was perfect and I think we got what we all deserved. I’ve possibly even scored more points this way than I would have done without what happened in the second race.

“To get my 60th win and equal Andy Rouse’s total – which was the all-time record for such a long-time – is a nice feeling, but right now making sure we go to Brands Hatch with a decent chance of the championship is the most important thing.”