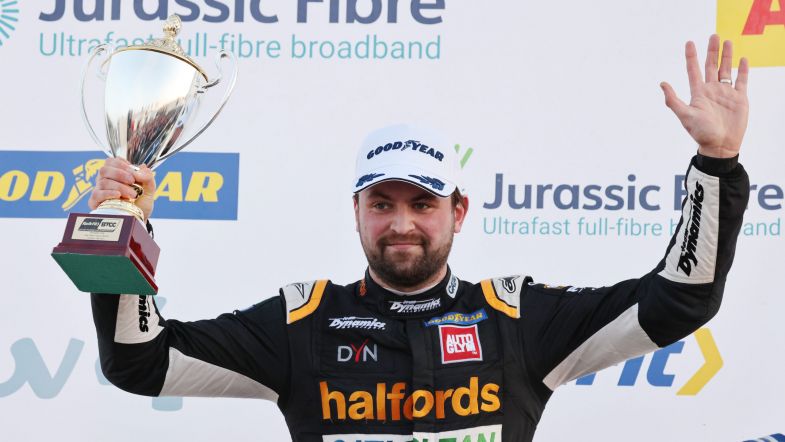 Dan Rowbottom said he was pleased to wrap up the 2021 Jack Sears Trophy title as the BTCC headed for Donington Park for the penultimate weekend of the year.

The Team Dynamics driver went into the meeting with a comfortable advantage over Sam Osborne in the standings and was well aware that a strong weekend would be enough to take the crown with a round to spare.

Having qualified seventh on the grid, Rowbottom would end up dropping back to 14th place in the opening race after contact with Josh Cook, but he fought his way through to tenth in race two – a result that was enough to put him out of reach in the standings.

Sixth place would follow in race three as a result of a five second penalty that dropped him down from fourth on the road, with Rowbottom now hoping to celebrate his title with a strong out in the Brands Hatch finale.

“To win the Jack Sears Trophy is good, and it’s nice to have been able to wrap it up early,” he said. “We’ve had a win this season and some podium finishes, but the last few rounds have been tough, so to come here and take the title is a reward for the team for its efforts.

“If I’m being honest, my eye has always been on the bigger prize, but winning the Jack Sears Trophy is a nice thing for the CV – and it’s a bloody big trophy as well!

“Hopefully we can be in the mix for a win when we go to Brands Hatch as we aren’t in the fight for the title so can just go all out for victories. Then the focus quickly turns to next season and getting ready for the introduction of the hybrid systems.”