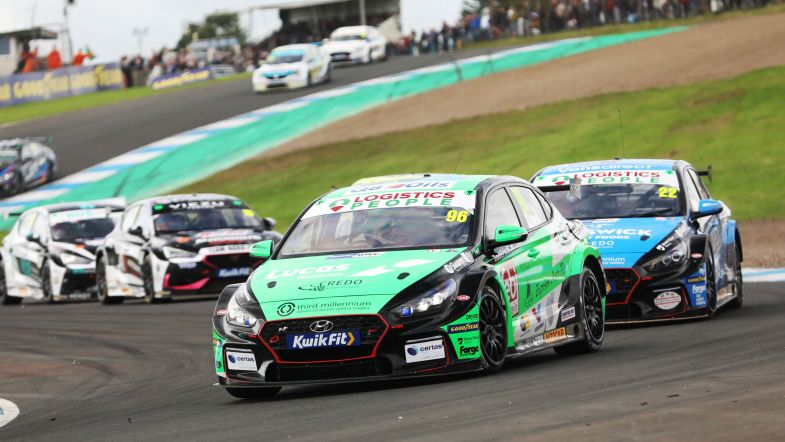 Andy Wilmot will replace Jack Butel at EXCELR8 for the BTCC season finale at Brands Hatch this weekend.

The decision is based on medical grounds due to Butel suffering a concussion following an incident during the last race of the Donington Park weekend.

“This season has been going so well for me, and I was really looking forward to returning to Brands Hatch for the finale having scored my first BTCC points there last season,” said Butel.

“To now be ruled out on medical grounds is really tough, and I’m gutted that my campaign has ended on a low with what happened at Donington Park.”

“Although I’m disappointed that I won’t be able to take part this weekend, the year has been a hugely positive one for me and I think I’ve made a massive amount of progress.”

Wilmot has not raced in the BTCC since 2015 and drove for Maximum Motorsport in TCR UK this year to ninth position overall.

“When I got the call from Derek [Butel] to ask if I wanted to step in to replace Jack for Brands Hatch, I think I replied to say yes without having to even think about it!” said Wilmot.

“This is a massively unexpected opportunity, but one that I am looking forward to as it will give me a chance to go out there and compete in the BTCC with a decent car underneath me, which hasn’t been the case in the past.

“I know that EXCELR8 build and engineer a great car having worked with them all year in a consultant role, and I’m looking forward to getting behind the wheel.

“I haven’t done much racing this season but when I joined the grid in TCR UK, I didn’t take long to get up to speed and hopefully it will be the same this weekend.”