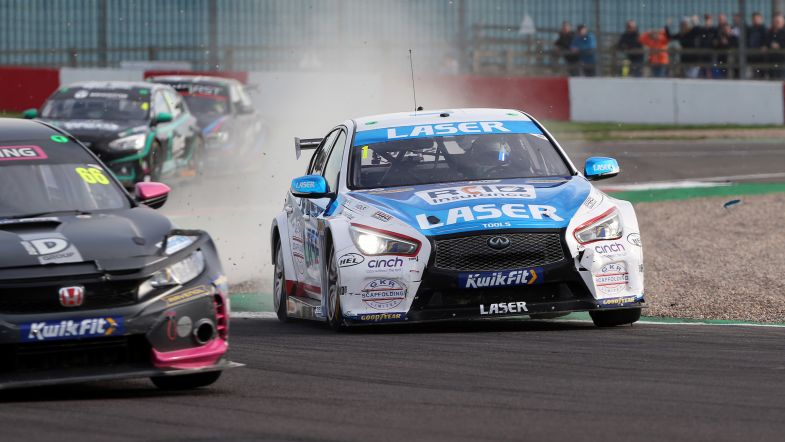 The fight to secure the 2021 British Touring Car Championship draws to a close this weekend at Brands Hatch, with five drivers retaining a mathematical chance of securing the championship crown.

Four of those drivers have their work cut out however if they are to stop Ash Sutton from joining a select band of racers to have secured three championship titles, with the Laser Tools Racing driver being the hot favourite to emerge from the weekend on top of the pile.

Whereas Sutton headed into the finale last year looking to try and chase down Colin Turkington, this season he leads the Northern Irishman by 32 points with three races to run.

With 67 points still up for grabs, Sutton has work to do to wrap up the championship crown but is certainly in a better position than those who have to go on the attack to try and overhaul him.

“I’m in the best position to be in with the points in the bag,” he said. “It will be about keeping our nose clean, taking it one race at a time and fingers crossed that will be enough to wrap it all up. I can’t wait to get there!”

Turkington’s record of being in contention for the title is impressive, with the WSR racer having been in the mix every season since he returned to the championship back in 2013.

Trying to overturn such a gap is new territory however but the four-time champion has no intention of giving up without a fight.

“We’ve seen year after year that the championship leader has the hardest time over this weekend, and it’s usually been me on the receiving end of this,” he said. “This time, I am the hunter and have the fire in my belly to give it everything I’ve got – I’ve nothing to lose.

“The plan is to drive as hard and as fast as I can; the strategy is simple. Like me, the team are prepared for a fight, and we’ll push as hard as we can until the end. It’s not over, til it’s over.” 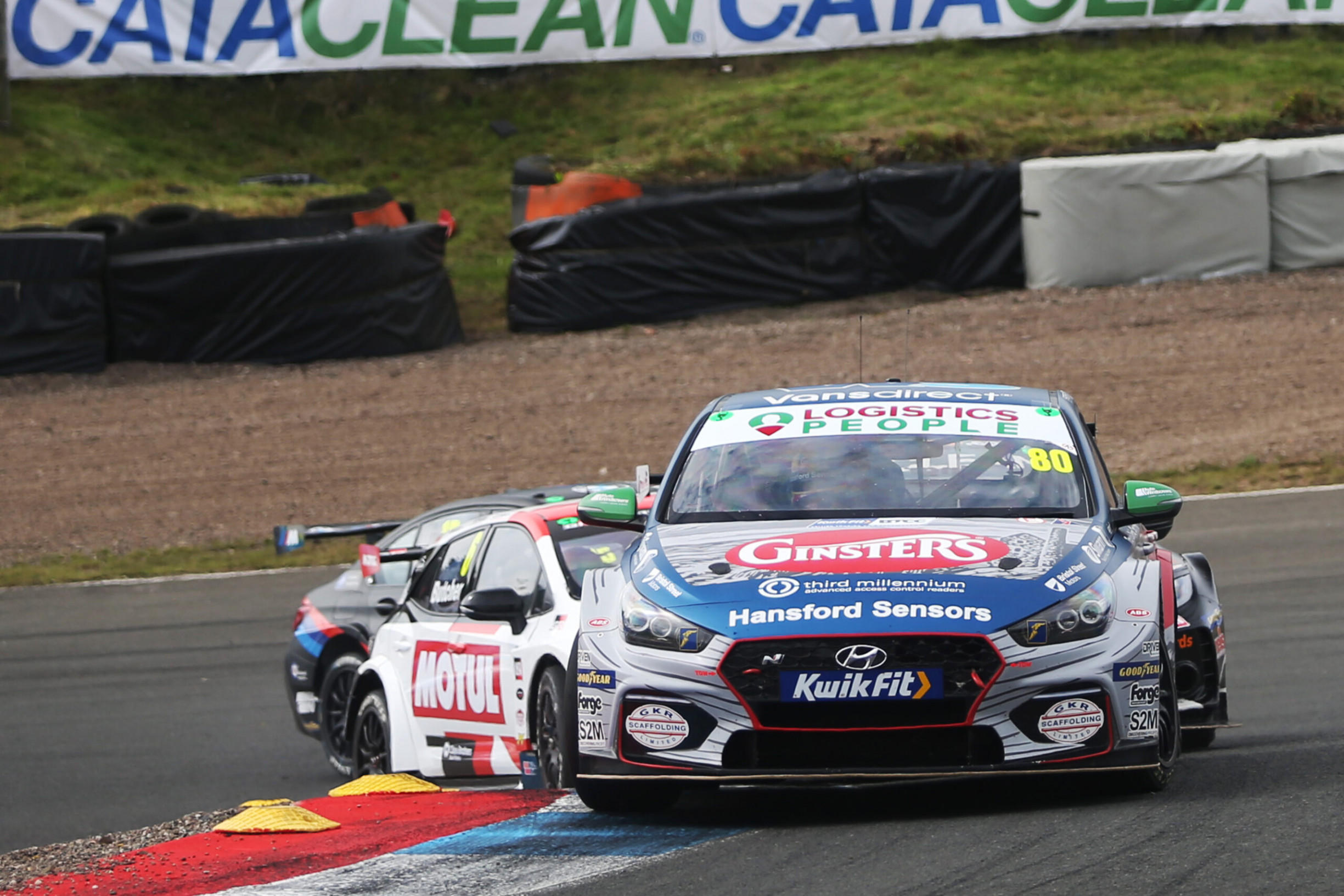 Tom Ingram missed out on victory at Donington Park to a penalty in race two and sits six points behind Turkington as he looks to try and at least match his previous best result of runner-up in the standings.

Ingram has been one of the stars of the season in the EXCELR8-run Hyundai but has been hampered by success ballast, which will make the going tough heading into the weekend.

Like Turkington however, Ingram isn’t heading to Brands Hatch just to make up the numbers…

“It’s clear to see that Ash is the overwhelming favourite given the lead he has in the standings, but as we’ve seen in the past, anything can happen in the BTCC – particularly on the final weekend,” he said.

“The only way we can approach this weekend is to focus on doing the best job that we can do, try to score as many points as possible and just see what happens.”

Jake Hill has also enjoyed a fine season so far in the Motorbase-run MB Motorsport Ford Focus having taken more podium finishes than any other driver.

That leaves him in title contention for the first time in his BTCC career going into the final round and on home soil, he will hope to push for silverware.

“If there was one track we could be finishing the season it would be here,” he said. “I absolutely love this place and feel I can make the difference – so will be absolutely giving it my all.

“This is the BTCC and anything can happen, so I will be fighting to the very last lap of the last race of the year. Whatever happens, I have loved it!” 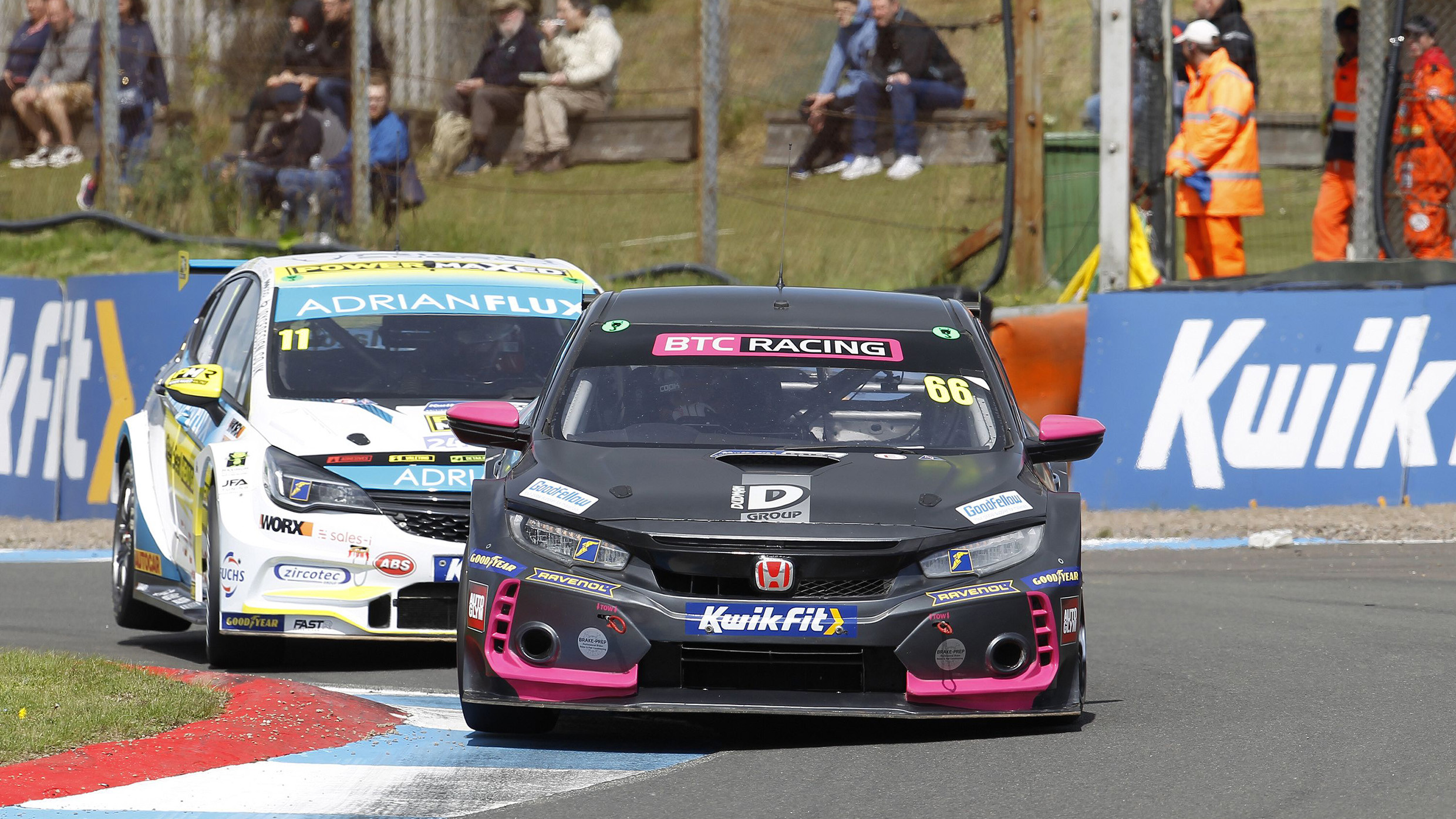 Josh Cook rounds out the championship contenders, but would need good friend – and former team-mate – Sutton to have an absolute shocker whilst also picking up a maximum score, which even he admits is highly unlikely to happen.

Sutton and Laser Tools Racing also head the teams’ title and both independents’ standings but the manufacturers crown looks set to go to WSR and BMW for what would be a record-breaking sixth successive season.

Outside the championship contenders, expect Team Dynamics pair Gordon Shedden and Dan Rowbottom – as well as BTC Racing’s Senna Proctor – to be strong given the pace that the Honda Civic Type R has shown at Brands Hatch in the past, whilst both Rory Butcher and Aiden Moffat are ending the season strongly and have eyes on the top step of the podium.

Moffat in particular could have an impact on the title race as he seeks to help Sutton over the line, with BMW duo Stephen Jelley and Tom Oliphant running ballast free at a circuit where the 330i M Sport is also a proven package.