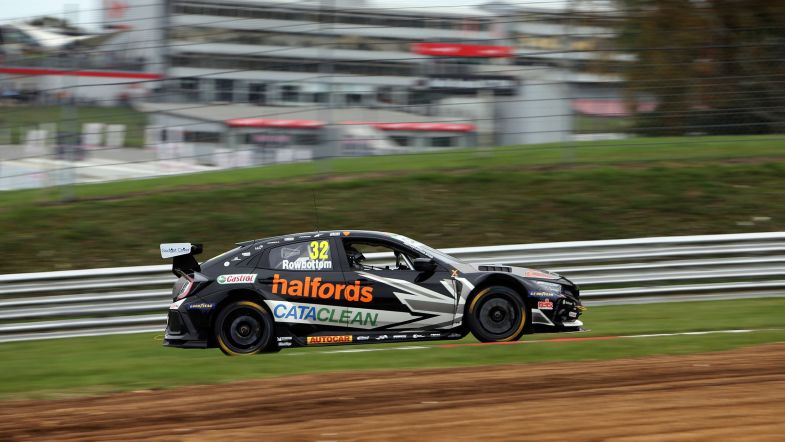 Dan Rowbottom grabbed the early headlines ahead of the title contenders after topping the times in the opening free practice session ahead of the BTCC season finale at Brands Hatch.

In a busy session that saw the field complete nearly 500 laps combined, the Team Dynamics driver left it until the closing seconds to set the benchmark time; a 1:31.249s allowing him to jump ahead of the Vauxhall of Dan Lloyd just a matter of moments after he had grabbed top spot himself.

Rory Butcher had been quickest in his Toyota before those improvements, and the Speedworks man also went quicker right at the finish to jump back up into second spot, with his best time being a tenth of a second behind Rowbottom when the chequered flag dropped.

That pushed Lloyd back down to third spot with Ash Sutton in fourth as he once again made light of the fact that his Infiniti Q50 is once again carrying maximum ballast.

The points leader would spent a chunk of the session on top of the times before being shuffled back down the order but was still quicker than his title rivals, with Gordon Shedden, Jason Plato and Senna Proctor all faster than Jake Hill – who was next up of the title contenders in eighth spot in his MB Motorsport Ford.

Adam Morgan was ninth as he looks to bounce back from his Donington disaster two weeks ago, with the top ten completed by Tom Ingram’s EXCELR8-run Hyundai.

Colin Turkington would post the 15th quickest time, with rank outsider Josh Cook back in 21st.