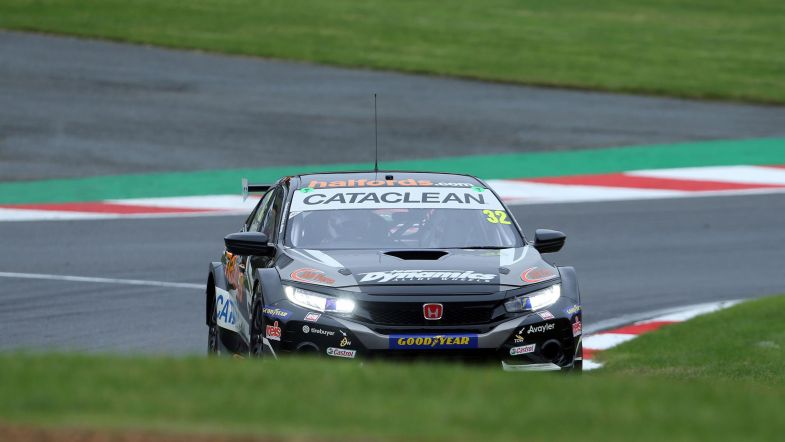 Team Dynamics pair Dan Rowbottom and Gordon Shedden said they were happy to lock out row of the grid ahead of the BTCC season finale at Brands Hatch.

The Honda duo had topped the times in the two free practice sessions around the famous Grand Prix layout but would be edged out off the front row by the BTC Racing Civics of Senna Proctor and Josh Cook.

Rowbottom would be the quicker of the Dynamics cars as he took third spot, although he could potentially have launched a bit for pole had it not been for encountering Jade Edwards on a quick lap of her own out on the Grand Prix loop.

“We didn’t get a good run on the first set of tyres and seemed to have no pace, but we bolted new tyres on, I put my big boy pants on and we went again,” he said. “The lap for P3 felt good and then I was up again on the next lap but I came up behind Jade. I think she was on a quick lap too although I was flashing her and I think some tactics came into a play a bit. But it is what it is and P3 is no hardship.”

Shedden – who opened his win account for the year at Donington last time out – would be fractionally slower in fourth but also happy enough with the way the day had panned out.

“It’s so close round here – particularly when you consider that it’s quite a long la,” he said. ” I saw the lap-time pop up on the first run and thought it was tasty but ultimately it wasn’t quite tasty enough.

“P4 isn’t the worst place to be and the car felt good so I feel confident going into race day. There are no complaints about the car and there will be a lot to play out tomorrow – and we are at the sharp end.”