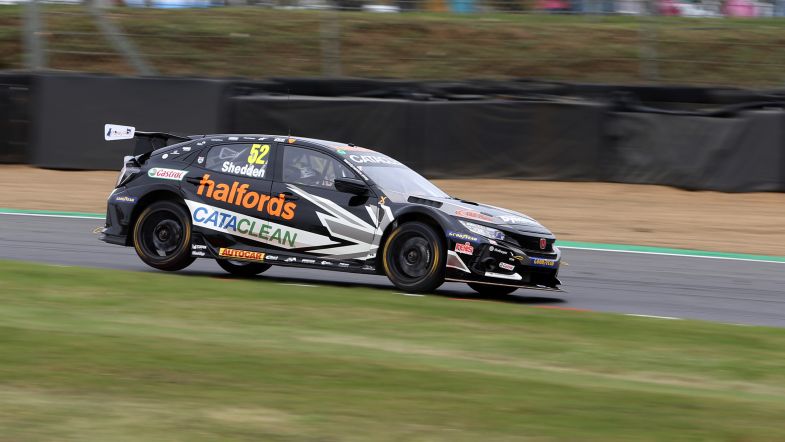 Gordon Shedden followed the lead of team-mate Dan Rowbottom to top the times in second practice ahead of the BTCC season finale at Brands Hatch.

After Rowbottom paced the opening session, Shedden set the fastest time of the weekend so far in the second 40 minute session as lap times improved, with the Scot eventually ending up leading the way with a time three-tenths of a second quicker than his team-mate had managed earlier in the morning.

Shedden would end up just 0.021s clear of Chris Smiley after the EXCELR8 driver moved up into second spot with his final flying lap in the session, with Aiden Moffat’s Infiniti also improving on the final tour to jump up into third from outside the top 20.

Senna Proctor took fourth ahead of the PMR Vauxhalls of Dan Lloyd and Jason Plato, with Tom Chilton and Rowbottom behind.

Of the championship contenders, Ash Sutton was once again the fastest in the Infiniti as he logged the ninth best time, with Jake Hill’s Focus only 0.004s behind in tenth spot.

Josh Cook was twelfth in his Honda, with Tom Ingram 16th and Colin Turkington 20th.