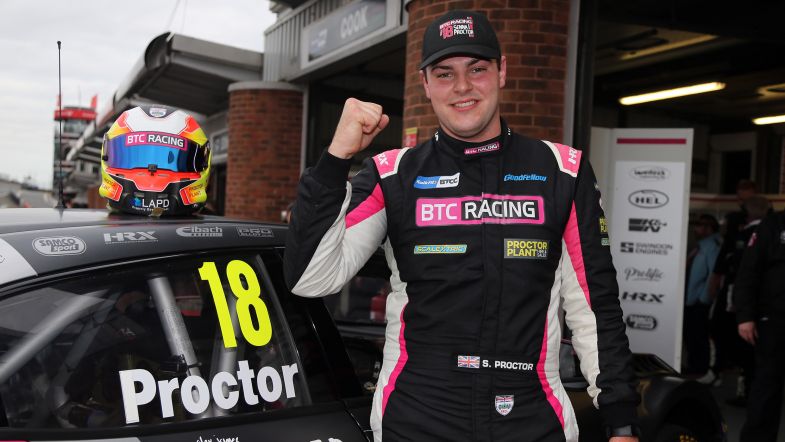 Senna Proctor declared himself delighted with a second career BTCC pole after topping the times in qualifying at Brands Hatch.

On a day when Honda Civics topped all three sessions, Proctor made his best lap count amongst a flurry of improvements in the latter stages of qualifying to jump up the order from the lower reaches of the top ten and nip ahead of team-mate Josh Cook.

The pair would be split by just 0.011s as BTC Racing locked out the front row, with Team Dynamics duo Dan Rowbottom and Gordon Shedden behind as four Hondas secured the first four spots on the grid.

“I felt the first lap in the session had been good but it was down in P7 so we looked at the data and I could see where I needed to gain,” Proctor said. “I was able to go out there and nail the second lap, and to grab a 1-2 for the team is a great result.

“It was a bit lairy round the back of the circuit at times but I was able to deliver the lap when it mattered, and to grab pole was great.

“We’ve had the ideal Saturday and now we need to try and have the ideal Sunday. People will forget we were the fastest car on track tomorrow, so I want to go out there and get some wins to end the season on a high.”