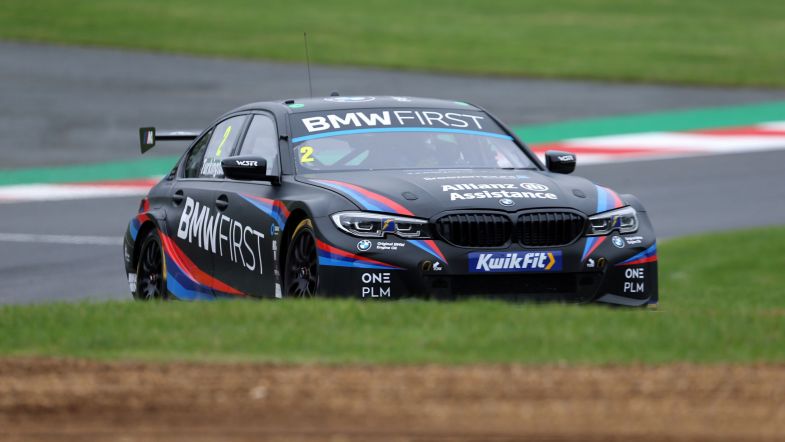 Colin Turkington: ‘We gave it our all’

Colin Turkington admitted he had given his all despite failing in his bid to secure a fifth BTCC title during the season finale at Brands Hatch.

Turkington went into the final weekend as the closest challenger to Ash Sutton in the standings, but needed to overturn a deficit of more than 30 points in order to win title number five.

The WSR driver put his BMW 330i M Sport eighth on the grid for the opening race and even though he finished behind Sutton in the opening race, he remained in contention going into race two.

A fine run to fourth in race two wasn’t enough to keep the title fight alive, whilst his season would then end in disappointing fashion when he was forced out of race three with broken rear suspension.

That left him second in the standings, although there was the consolation of helping BMW to wrap up the Manufacturers’ title.

“We’ve made history for BMW in the Manufacturers’ Championship, which is a great thing to be a part of for myself and the team,” he said. “My target this weekend was to win the Drivers’ Championship, but it wasn’t to be this time.

“We did everything we could, got the maximum from the BMW in races one and two with the ballast we had, but it was always going to be a tall order because of the way the points were coming into the weekend. We’ve won races this year, shown what we were capable of and we can walk away knowing we did the best job we possibly could.”