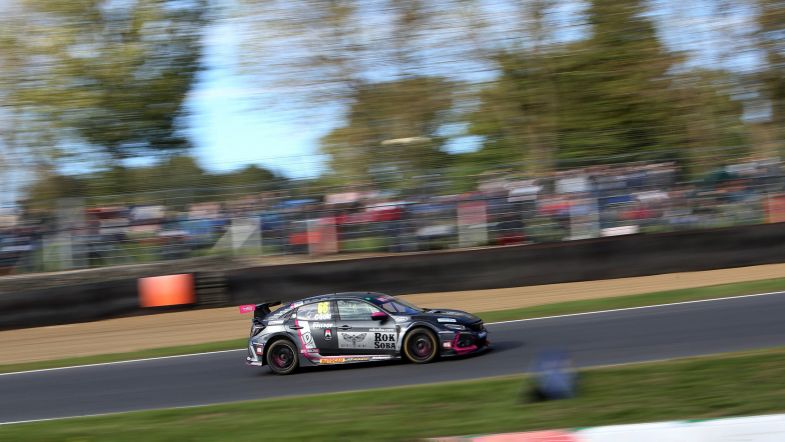 Josh Cook said he was delighted with a ‘mega’ season for BTC Racing after securing third in the BTCC standings during the season finale at Brands Hatch.

Cook went into the final meeting of the year as the rank outsider for the championship crown, needing to score at least 66 points out of 67 – with Ash Sutton failing to pick up a single point – to stand a chance of victory.

Having qualified second to team-mate Senna Proctor, Cook stormed to victory in the opening race of the weekend, although it wasn’t enough to keep his faint title hopes alive as good friend Sutton moved a step closer to the crown with sixth.

Despite carrying maximum ballast, Cook then doubled up in race two to bring himself firmly into contention for the top three and a strong fifth place finish ensured he was able to wrap up third spot in the standings; his best overall finish to date.

“It’s been a great weekend and we did what we could,” he said. “We grabbed P3 in the championship, matched the record for the most wins and were the best front-wheel drive car – so I’m delighted.

“As a team, we did a mega job this year, especially when you compare us against what was the Honda manufacturer team last year. It’s been a long season and we’ve had a few small issues along the way, but when you look at the statistics, and all the fastest laps and the wins it shows how quick the car is and how we’ve had it running.

“We can head into the winter in a good position and regroup, and hopefully they’ll be an option to partner up again next year and go for the title.”