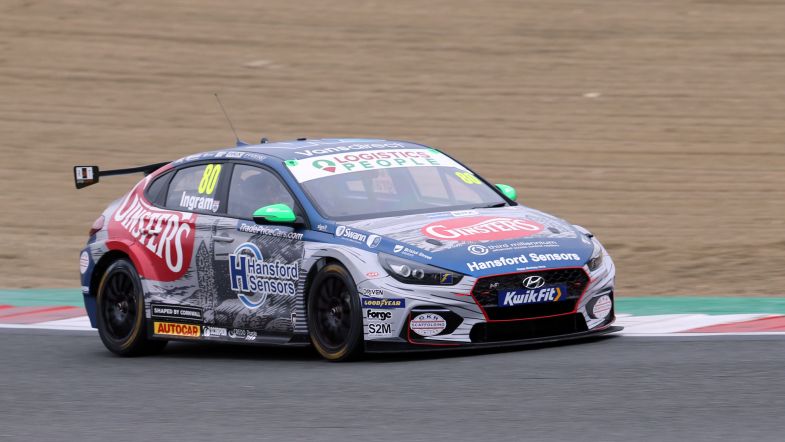 Tom Ingram happy to sign off with ‘bittersweet’ podium

Tom Ingram insisted he was pleased to sign off his 2021 BTCC campaign with a ‘bittersweet’ podium finish, despite missing out on a top three championship finish.

The EXCELR8 driver was one of the title contenders going into the weekend but was well aware that the additional success ballast on his Hyundai would hamper his chances in qualifying.

Despite that, he qualified in a solid 13th on the grid for race one, only to see his chances of racing forwards into the top ten hampered by contact with Jake Hill that damaged the suspension on his car.

An off-track excursion avoiding a clash at the start of race two saw Ingram drop to the back of the field before he recovered through to twelfth spot and he ended the campaign with a fine run to third in race three for his ninth podium of the campaign – and the 50th of his BTCC career.

However, a strong finale for Josh Cook saw him overhaul Ingram in the standings, with the two-time Independent champion ending the campaign in fourth spot.

“The finale was one of those weekends where we are left to wonder what might have been, but it was great to end the year with some silverware and my 50th BTCC podium,” he said. “At the same time however, you are stood there thinking ‘that’s what we could have won’ as the titles are handed out.

“Overall, it’s been an amazing season and we started it on the podium and have finished it on the podium. Ash Sutton is one hell of an opponent, and to match his pace has been incredibly tough, but I honestly can’t pay sufficient credit to all the guys and girls in the team.

“Everybody has done an absolutely phenomenal job throughout and we have achieved so many ‘firsts’, including the first win for EXCELR8 and the first win for a Hyundai in the BTCC. I think we can all be very proud of what we’ve accomplished this year.”