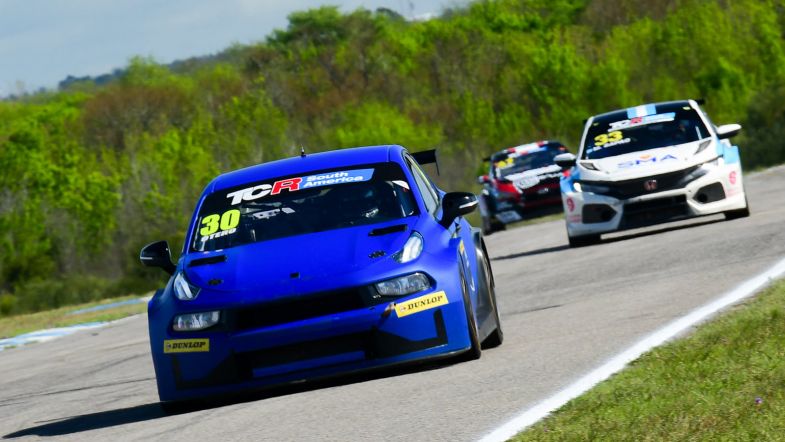 PMO Motorsport driver Ever Franetovich scored the pole position in his first ever TCR South America appearance at Rio Cuarto.

The session started on a very wet track after torrential rain that fell over Rio Cuarto just before the session, with all prior running taking place in dry conditions.

Facundo Marques, driving a Honda Civic Type R-TCR TCR, went off the track at the beginning of the session, but managed to recover on his own power.

Honda driver Fabio Casagrande and Franetovich spun off the track as the rain became more intense halfway through the session. Casagrande stopped again on the track, causing a red flag.

The session was restarted with four minutes left on the clock, with Marques taking the top spot.

Ernesto Bessone, driving a Lynk & Co of PMO Motorsport, went wide but managed to return to the track, with a new brief red flag session.

Team-mates Bessone and Franetovich then started a hard fight for the top spot, with the latter taking the pole.

The Argentinian driver claimed the pole position on his TCR South America debut, with Rodrigo Pflucker snatching second place behind the wheel of a Hyundai, 0.169 seconds off the pace.

Championship contenders Rodrigo Baptista (Audi) and Pepe Oriola (Honda) came next in sixth and seventh position, with Raphael Reis in eighth, a massive 3.3 seconds off the pace.

“I’m very happy to have achieved the pole position in my debut race, I have been adapting to the car lap by lap, it has been a great team work,” said Franetovich after the session. “We still have to see how it goes tomorrow, but it’s going well so far.”

Baptista continues on top of the championship standings with 154 points, eight ahead of Oriola.

The start of Race 1 is scheduled for Sunday morning at 09:00 local time.