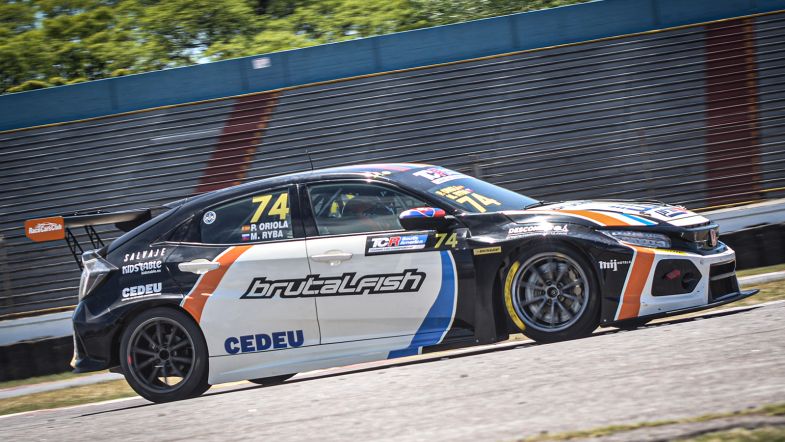 W2 Racing’s Pepe Oriola qualified in fifth place for the Buenos Aires endurance race with co-driver Martin Ryba, but struggled during the session due to a red flag.

The first session for the regular TCR South America drivers was red flagged with just under two minutes left. But instead of resuming, it was declared finished by the stewards after the recovery work was completed as per the regulations.

Oriola wanted to go back on track, referring to the international rules that allow drivers to go for another lap since there was enough time to open a last flying lap. The misunderstanding forced a delay for the second session, in which the invited co-drivers were going out on track.

“It changed a bit our plans but not too much. I was not going for pole anyway, but we were targeting a spot in second row,” said Oriola to TouringCarTimes.

His rival for the title, Rodrigo Baptista of Cobra Racing Team, qualified fourth and the Honda driver is expecting a challenging race.

“The first endurance event in Curitiba proved that tyres suffer a lot, we saw lots of punctures. I don’t think it will be the same here, but it will still be a challenge,” said Oriola, who leads on 175 points, just seven ahead of Baptista.

“We have to survive and try to beat Baptista, trying to secure as many points as we can for the last two rounds.”