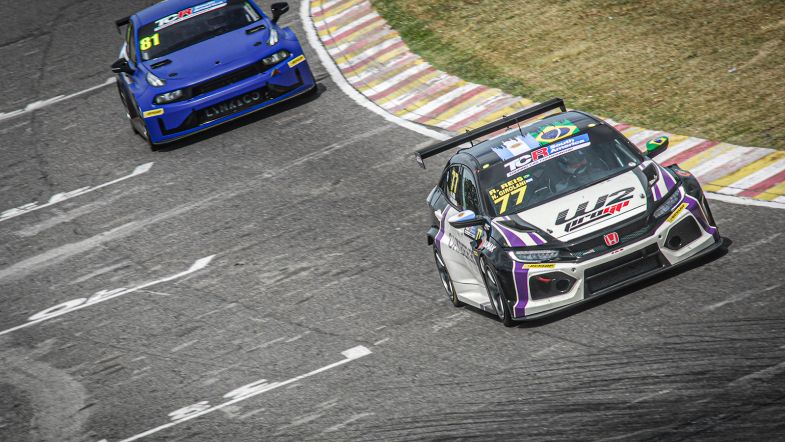 Milla took the lead at the start of the race behind the wheel of Rosso’s Honda ahead of Sapag.

Girolami was on the move early on, claiming second place from Sapag at the end of lap one.

Girolami meanwhile continued his charge and overtook Milla for the lead on lap two.

Sapag made a mistake and ran wide at turn three on lap 12, dropping back to fifth, leaving Adalberto Baptista and Pezzini in third and fourth respectively.

A lap after, Pezzini started chasing Baptista and passed him for third.

The driver change window opened on lap 15 and PropCar Racing’s Gonzálo Fernández, co-driver to Javier Manta, was the first one to enter for the change.

Sapag pitted on lap 17 to hand over his Honda to Guerrieri, while Rosso took over from Milla a lap later.

Girolami pitted at midpoint of the race, handing it over to Reis who returned on track in the lead right ahead of Rosso and Guerrieri in third.

Oriola meanwhile returned on track in seventh position and had to battle hard to overtake Damián Fineschi of Scuderia CJ for sixth position. The Honda driver continued to move forward, overtaking the 63-year-old Lynk & Co driver Ernesto Bessone for fifth on lap 26.

Oriola gained quickly on Coronel after the pass, lapping eight tenths per lap faster than the Audi driver in fourth position but was not able to get close enough before the end of the race.

Reis and Girolami won the race close to seven seconds ahead of Rosso and Milla, as Sapag and Guerrieri completed the podium. Baptista and Coronel finished a distant fourth, 32 seconds from the leaders, with Oriola and Ryba rounding off the top five.

Oriola remains at the top of the standings with 198 points, followed by Baptista on 190 and Reis on 182.