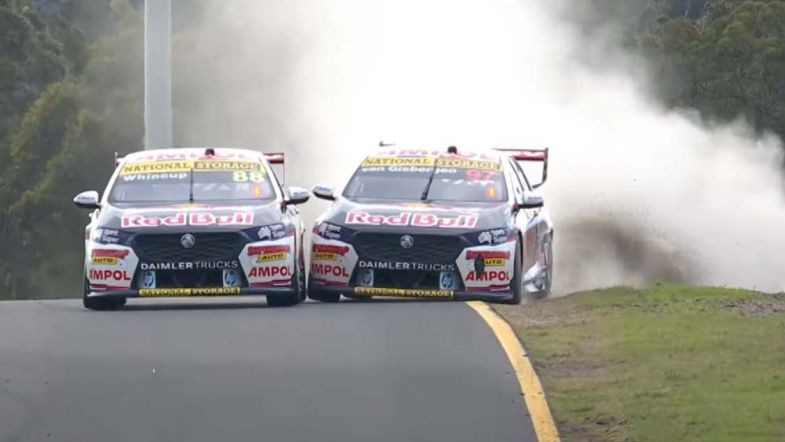 “I think we will have some discussions for sure, [team manager Mark] Dutton did tell me to move over, but I elected not to,” said Whincup.

“There’ll be discussions over that. When you calm down, I’ve probably done the wrong thing there. But it certainly wasn’t the wrong thing, 20 laps into the race, it was it was the right thing.”

“I felt like Jamie and I battled too hard and threw away a one-two for the team by choosing to battle,” said van Gisbergen.

“I thought I was quicker, and Jamie thought he was quick enough to catch the lead. It’s a real shame not to have won or got second.”

The duo was catching race leader Will Brown, but the inter-team fight made them lose ground and were unable to challenge the Erebus Motorsport driver for the lead.

“We were racing each other hard,” said Whincup.

“When you run competitive cars often, you end up in a mid-race battle, which is what happened. We probably didn’t do each other any favours trying to get the win. But that’s the way it goes.”