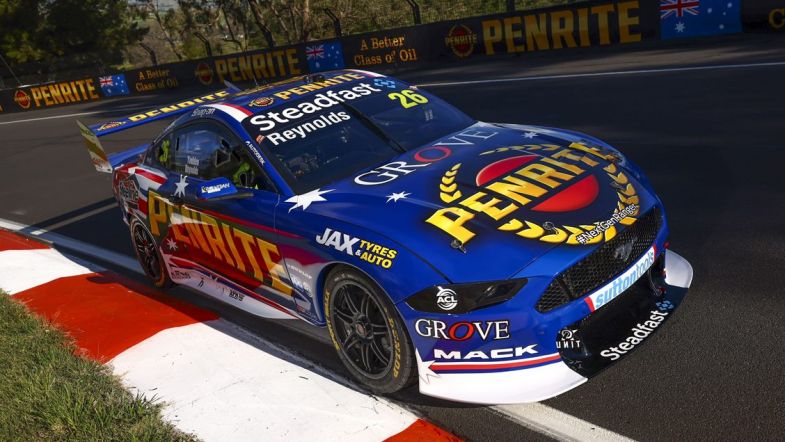 Kelly Grove Racing has announced a new special livery that will run on the Penrite Mustang of David Reynolds and Luke Youlden in the upcoming Bathurst 1000.

The special livery features the Australian flag from end to end celebrating the ‘True Blue Australian spirit’, with all partners on the #26 Mustang – including title backer Penrite – having strong Australian links.

“It doesn’t get any better than this!” Reynolds said. “The Bathurst 1000 is such a special, iconic Australian event and to be able to have my countries flag on the car, I couldn’t be more proud”.

Jarrod Harding, Penrite Director of Motorsport, said he too was impressed by the new look on the car.

“As an Australian family-owned business, we are proud to be again represented at the biggest Motorsport race in the country,” he said.

“To us, being Australian owned and made is a great point of difference from our competition. We make our products in Australia to suit local conditions made to the highest specifications”.

“Testing our products on the Mountain over many gruelling kilometres is a great way to showcase the quality and performance of our products, and what a better way to do it than in an Australian themed livery.”