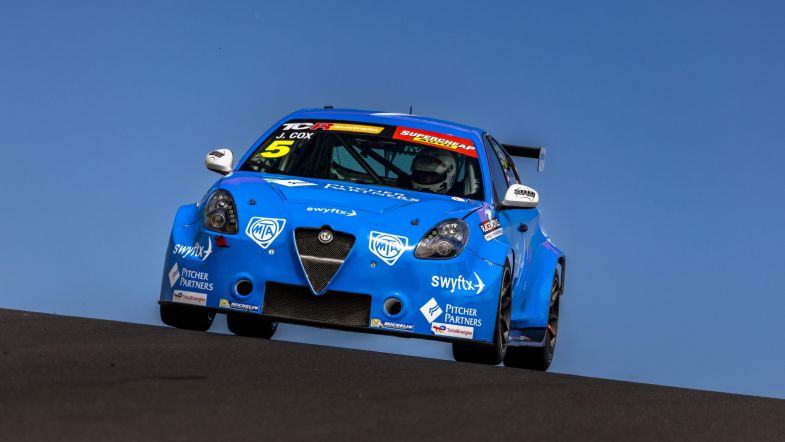 Jordan Cox was on his own in the opening practice sessions of the TCR Australia season finale at Bathurst, heading the first session by 1.3 seconds and the second by eight tenths of a second.

Garry Rogers Motorsport had a strong run, claiming positions one to three in the second session with Michael Caruso (Alfa Romeo) in second and Ben Bargwanna (Peugeot) in third.

Jay Hanson, who recently joined Melbourne Performance Centre, was fourth fastest behind the wheel of his Alfa Romeo Giulietta TCR, 1.1 seconds from Cox.

Dylan O’Keeffe put the Renault Megane RS TCR into the top five, posting a lap time of 2:16.4, trailing the top time by 1.14 seconds.

While the second practice session went underway without any incident, the first session was red flagged three times.

The second stoppage came as Chaz Mostert made contact with the wall at Reid Park due to oil on track.

The third and final red flag came when Zac Soutar went off into the gravel at The Chase due to a wheel issue.

Next up for the TCR Australia field is qualifying, starting at 15:30 local time/05:30 CET tomorrow.