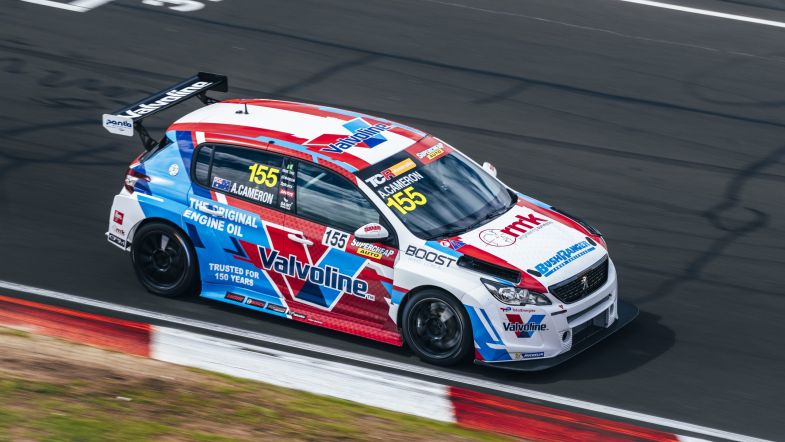 Ben Bargwanna started from pole position but lost the lead on lap five as Cameron made a strong move at The Chase.

Peugeot driver Bargwanna continued to pile the pressure on manufacturer colleague Cameron, who started fourth, and less than a tenth of a second separated the two over the finishing line.

Michael Caruso, who started second, finished a distant third and made it a Garry Rogers Motorsport 1-2-3, ahead of Bradley Shiels.

Jordan Cox, who dominated the opening practice sessions, drove a strong recovery from 15th on the grid to cross the finishing line in fifth position.

Audi driver Mostert started seventh and was up to sixth early in the race, only to drop down to finish ninth as he took no risks in order to secure the title.

Jay Hanson suffered a puncture on his Alfa Romeo at The Cutting and had to pit, losing a lap on the leaders.

The race start was delayed as Josh Buchan stopped on track during the formation lap due to a broken driveshaft in his Hyundai i30 N TCR, reducing the race distance from 19 to 17 laps.