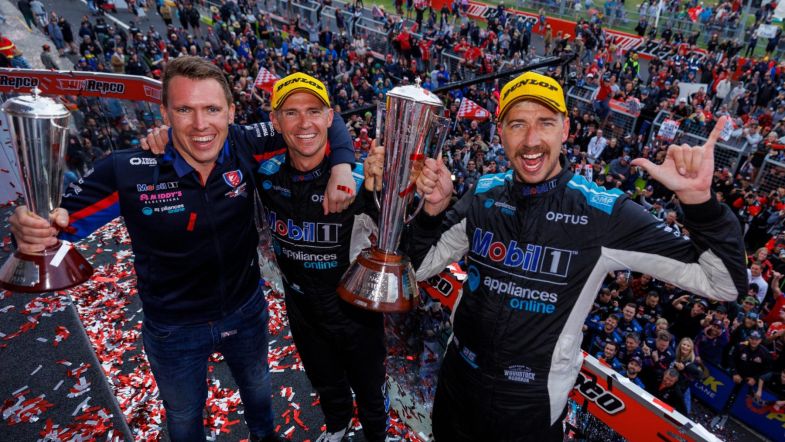 Chaz Mostert: “I knew it was going to be a tough slog”

Chaz Mostert and Lee Holdsworth won the 2021 Bathurst 1000 race from pole position, managing to overcome a delaminated tyre at the beginning of the race and multiple safety car periods.

“It was a pretty tough race, when we did that [puncture] I knew it was going to be a tough slog, but credit to the guys, this car has been speedy all weekend,” said Mostert.

“We started on pole and we won the race and every time you start on pole you never think you’re going win it, credit to this car and credit to the team.

“To all the fans; it’s so good to have punters back at the track, I’m out of breath.”

The closest rivals to the Walkinshaw Andretti United pair turned out to be Cameron Waters and James Moffat, finishing close to four seconds behind in second place.

Newly crowned champion Shane van Gisbergen with co-driver Garth Tander shadowed the leading duo throughout the race, but could not match the pace of the leaders and ultimately fell back due to a tyre issue towards the end of the race.

“I wanted to jump on the bonnet and go with him, it was amazing.”