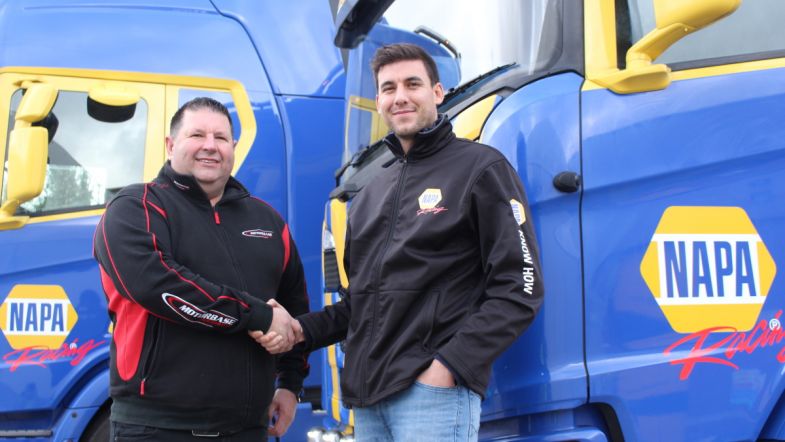 Dan Cammish will make his return to the BTCC after a year away having inked a deal with Motorbase for the 2022 campaign.

The former Team Dynamics driver – who snared a record-breaking third Porsche Carrera Cup GB title this year – will race one of the two Ford Focus STs being entered by Motorbase under the NAPA Racing UK banner.

Cammish will be looking to try and add a BTCC title to his resume having twice finished inside the top three, including the dramatic 2019 season where he only lost the crown following brake failure late on at Brands Hatch.

“I am very happy to be joining NAPA Racing UK ahead of the 2022 Kwik Fit British Touring Car Championship season,” he said. “It was obvious from the first time of meeting Motorbase owner Pete Osborne I wanted to be part of this program, and after spending quality time with the team it is clear this is a very exciting time for all involved.

“Everyone is working hard to give the team the best possible chance and it fills me with confidence when I see the work taking place behind the scenes. I am incredibly proud to be representing NAPA in UK motorsport and I believe this is just the start of a long and successful partnership.

“This is a new chapter for me in the BTCC and I can’t wait to get started and pick up where I left off.”

Motorbase boss Pete Osborne said he was delighted to bring Cammish onboard.

“Dan was a key element for our plans going into 2022,” he said. “It’s a big year for us in many ways and we acknowledged that we needed a specific type of driver, of which there aren’t many around. In Dan we have someone we can really work with and rely on his talent and experience, along with his character.

“Dan had another really successful season in 2021 in Porsche Carrera Cup GB and he has a lot of unfinished business in the BTCC, so he’s in the right place right now and knows exactly what to expect from us at NAPA Racing. As a driver and team our targets are the same, we’re expecting success on and off track and we aim to enjoy the journey together. The whole team is buzzing with excitement at the moment, there is a really good feeling about the future of Motorbase.”