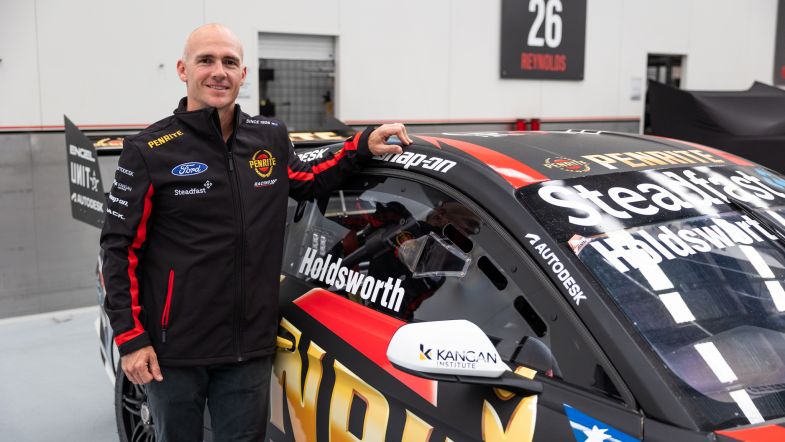 Fresh from his victory in the Bathurst 1000, Lee Holdsworth has confirmed he will return to the Supercars grid on a full-time basis after inking a deal with Grove Racing.

Holdsworth, who took top honours at Bathurst at the 18th time of asking, will line-up alongside David Reynolds in the Grove Racing line-up and takes the seat vacated by Andre Heimgartner following his move to Brad Jones Racing.

The 38-year-old found himself without a full-time seat this season following his departure from Tickford Racing, and instead competed in TCR Australia prior to his successful run at Bathurst alongside Chaz Mostert.

“I’m blown away by this opportunity and I can’t wait to get back full-time into the Supercars Championship,” he said. “My full time campaign was cut short at the end of 2020 and it certainly wasn’t the way I imagined bowing out from the sport. I’ve now got a great opportunity with Grove Racing to finish off my full time career in Supercars while playing an important role in helping the team move forward for the future.

“Although sitting on the sidelines wasn’t much fun, winning the Bathurst 1000 made up for it! As soon as I got a phone call from Stephen about driving with them full-time in 2022, I knew it was a challenge I wanted to accept.

“I’ve got an important role to play in the team for next year, and I’m excited by that. Having the chance to partner David Reynolds, who I know is one of the fastest drivers in the field, and help build this new team up to be a future force in the championship is very exciting.

“You can see Grove Racing is leaving nothing on the table. They have good cars, some new engineering and management talent, and they are building up their young driver program too, so I’m looking forward to being a part of the whole program. Hopefully I can use some of my experience to help drive the team forward.

“What a great Christmas present! Now I’m just excited to drive the Grove Mustang for the first time early in the new year.”

Holdsworth’s deal completes the grid for the 2022 campaign.