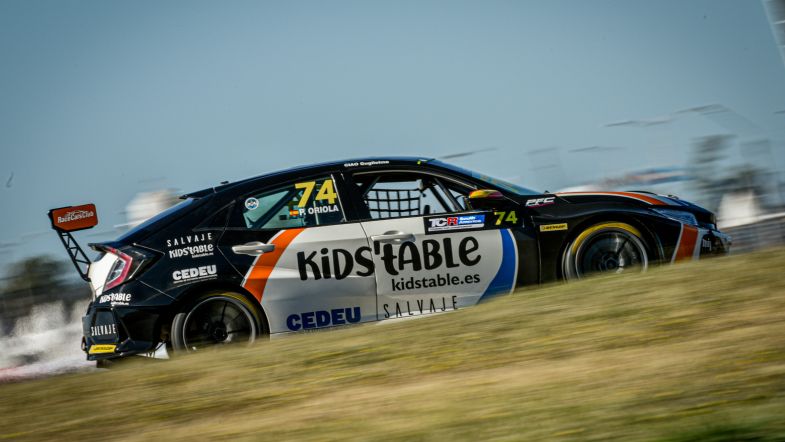 Oriola started the race from second spot on the grid but quickly claimed the lead from pole sitter and title rival Rodrigo Baptista.

Baptista was unable to keep the Honda duo behind him, dropping to fourth on lap ten.

But the luck ended a lap later for Mansilla who suffered a puncture, losing three laps on the leaders.

PMO Racing driver Ernesto Bessone was a distant fourth behind the wheel of his Peugeot 308TCR, with Fabio Casagrande rounding off the top five.

Oriola leads Baptista with a margin of 22 points, meaning that Oriola would have to retire and Baptista win the race in order for the title to swing the Audi driver’s way.

PMO Motorsport driver Fabricio Pezzini had qualified fourth for the race but was a non-starter due to a fuel pump issue with his Lynk & Co 03 TCR, meaning that just eight cars took part in the race.