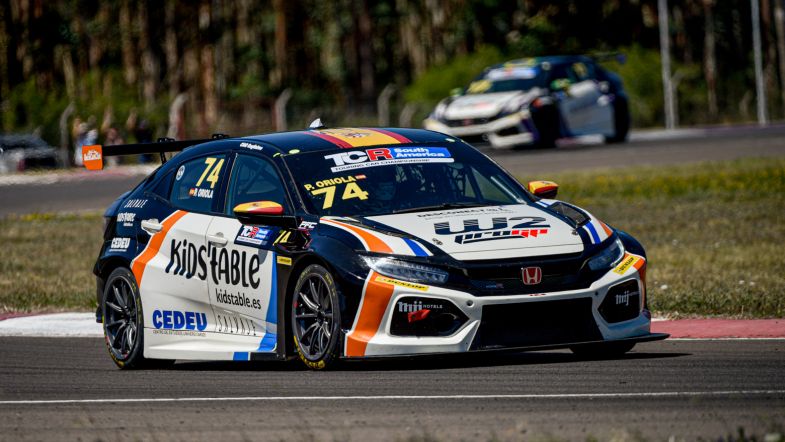 Pepe Oriola secured the first ever TCR South America title after finishing second in the final race of the year behind PMO Motorsport driver Fabricio Pezzini.

Adalberto Baptista started from the reversed grid pole position but was overtaken by Peugeot driver Ernesto Bessone into Turn 1.

Bessone was however penalised with a drive through penalty for jumping the start as Raphael Reis pitted at the end of lap one due to a technical issue.

Lynk & Co 03 TCR driver Pezzini, who missed Race 1 due to a technical issue, was making up ground quickly, snatching the lead from Juan Pablo Bessone at mid-point of the race.

W2 Racing driver Oriola was also on a charge through the field from the back of the grid, passing Bessone for second with one lap left of the race.

Oriola gained ground on leading driver Pezzini on the final lap, but was unable to get past.

Pezzini won the race six tenths of a second ahead of Oriola, with Squadra Martino driver Dorian Mansilla making it two Hondas in the top three.

Oriola claimed the title on 278 points, with Rodrigo Baptista second on 247 points and Reis third on 236 points.