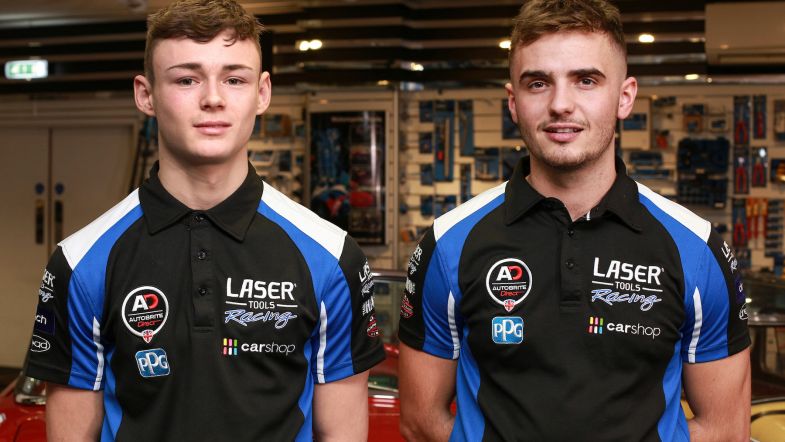 Laser Tools Racing has announced the signing of Scottish youngster Dexter Patterson for the 2022 BTCC season.

The 18-year-old, who contested a part programme in GB3 this year, will line-up alongside countryman Aiden Moffat at the wheel of the one of the Laser Tools Infiniti Q50s that have won the title for the past two seasons in the hands of Ash Sutton.

Patterson has already sampled the car during a recent test at Snetterton and is currently the youngest driver to be announced as part of the grid for next year.

“I loved the Infiniti,” he said. “It is certainly different to the single-seaters that I’m used to! It was a bit slippery in the morning session, but as the track dried off in the afternoon we went onto slicks and I was very happy with my lap times.

“The brakes take a bit of getting used to though — in the single-seater I can see when the tyres are about to lock up and I can brake much later.

“I’m really looking forward to the extended test sessions pre-season and of course, getting used to the new hybrid car. What an opportunity!”

Team principal Bob Moffat said he was pleased to bring Patterson into the Laser line-up for the new campaign.

“I’m very excited by this,” he said. “We’ve always been very appreciative of the support and encouragement that Aiden has received from Laser Tools over quite a number of years now. Now we can continue with Laser’s ethos of spotting young talent and then developing that talent on the racetrack.

“Dexter is a great fit for us, it’s exactly why Laser Tools got into the BTCC. With our ongoing collaboration with Tony Gilham and Team HARD, we are really looking forward to the 2022 season now.”