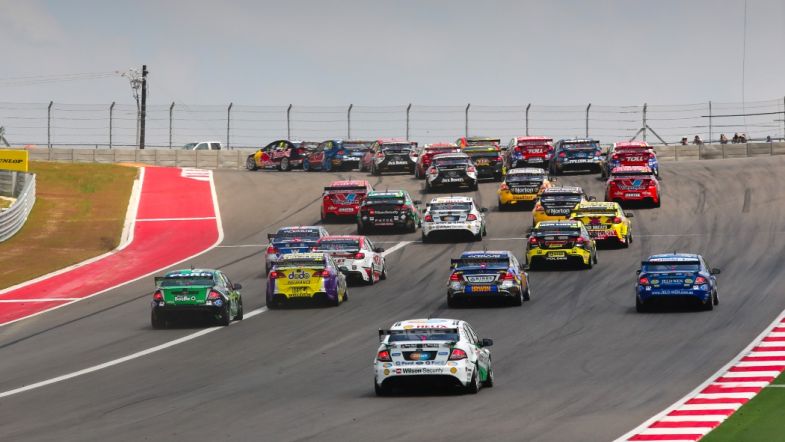 The Supercars Championship organisation has announced that it plans to return international races to its calendar as part of an “international strategy” connected to the new Gen3 regulations.

“I was there at the beginning when we did our first air lift with the category to go into China, which followed on to Bahrain, Abu Dhabi as standalone and then a support category for Formula 1, and then over to the United States,” said new Supercars CEO Shane Howard.

Supercars held its first race outside of Australia in 2001 in New Zealand.

Further races abroad followed in Abu Dhabi, Bahrain, China and the US between the years 2005 and 2013.

The new Gen3 regulations are set for introduction in 2023, introducing the Chevrolet Camaro model alongside the Ford Mustang, a key part to an international expansion according to Howard.

“That was extremely exciting. You saw the release of Gen3 at Bathurst… I am so excited about the Gen3 cars,” said Howard.

“It’s a beautifully-engineered race car, it reflects the showroom look, it allows us to open up to more manufacturers. An international strategy supports all of that. I think that’s very important for our growth and our expansion.”

The plans for international races are supported by new Supercars Chairman Barclay Nettlefold and Supercars Board member Mark Skaife.

“I embrace supporting those options to be available, and Barclay and Mark’s support to be able to really go after those opportunities,” said Howard.

“Really, they’ve been on hold for quite a period. We’ve had various consultants approach us; that’s not the way we did business in the past when we were very successful at securing international events.

“We did it ourselves. We’re the best people to promote our category internationally.”