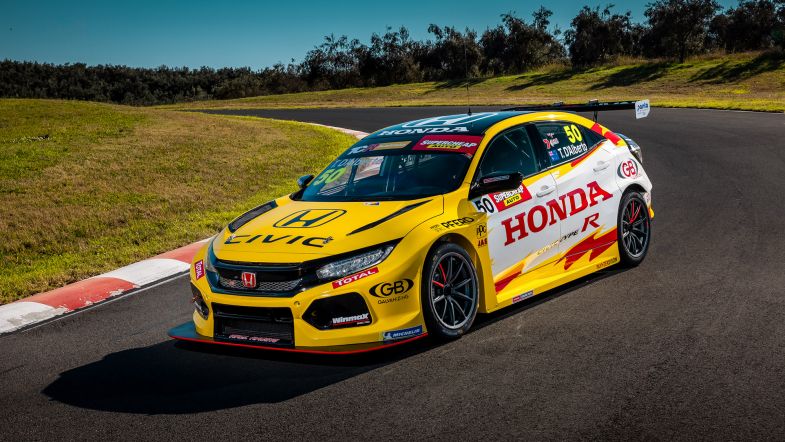 Tony D’Alberto will compete in the TCR Australia series for a third season after confirming a return with Wall Racing and Honda for 2022.

Honda Australia will take on the role of major sponsor on D’Alberto’s Civic Type R TCR, which will run in a striking yellow livery designed to celebrate the arrival in Australia of the Civic Type R Limited Edition – with just 20 of the 1,020 cars built being destined for Australian soil.

The livery was initially seen mid-way through 2021 and was due to be run at Morgan Park, but has yet to appear on track after that meeting fell victim to COVID-19 restrictions.

D’Alberto finished second in the standings behind Will Brown in the inaugural season for TCR Australia back in 2019 and finished 14th last year having missed the Bathurst season finale due to his Supercars commitments in the Bathurst 1000.

“It’s fantastic to be back again with Honda and Wall Racing for the 2022 season of TCR Australia Series,” he said. “I know how significant it is to have manufacturer support when you go racing and it’s been an absolute privilege to represent Honda over the last few seasons, so it’s great to be working with them again this year.

“TCR Australia is a super competitive championship. It has a really strong mix of young and experienced drivers, the cars are run by top level teams and the competition is fierce, so I’m sure it will be a tough battle again out on the track.

“Since I last drove the car at Sydney Motor Sport Park we’ve had some upgrades come through from JAS Motorsport in Italy, so I’m looking forward to getting behind the wheel, dialling-in the car and working with the Wall Racing crew to get the most of the of Honda Civic Type R package.”