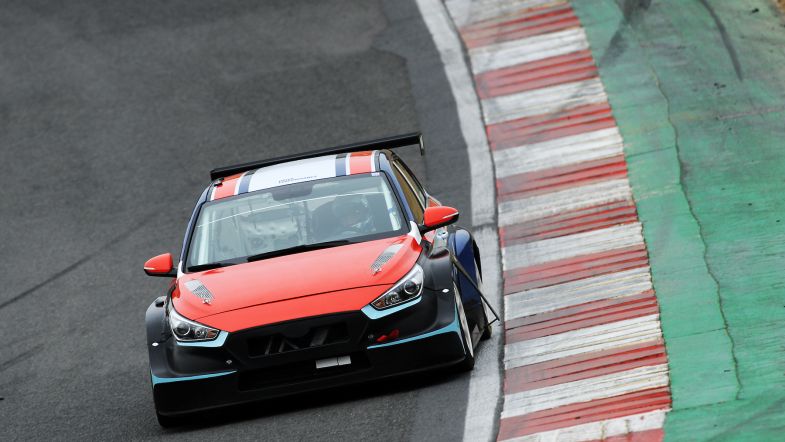 Adam Shepherd has become the third driver to sign up with JamSport as the team prepares to join the TCR UK grid this season.

The former Ginetta Supercup driver – who will also be making his series debut – will be at the wheel of a Hyundai i30 N TCR alongside new team-mates Ant Whorton-Eales and Simon Tomlinson, who will race a Subaru and Cupra respectively.

Shepherd topped the times during the recent season launch test at Brands Hatch and is now working to secure the budget required to put together a full-season assault on the championship.

“The partnership between JamSport Racing and Shepherd Motors brings an exciting element to the campaign, as we’ve known each other a long time,” he said. “After previously winning four championships in FWD and RWD cars, as well as achieving success in the Ginetta Supercup rounds I entered, I’m looking forward to a new challenge in TCR UK and what is shaping up to be a huge year for the championship.

“The first outing in the Hyundai was at the recent media day and even having only had the car a few days before, I quickly felt at home driving it. It’s quite a bit different to what I am used to, being my first time in a FWD car on slicks but it was great fun and I was pleased with the lap times.

“We’re currently working on the budget for a full season and hoping that with some good results and the level of attention the championship is likely to attract, we’ll be able to draw in enough support to see the year out.

“I can’t wait to get started and see how things compare against a very strong grid in 2022.”