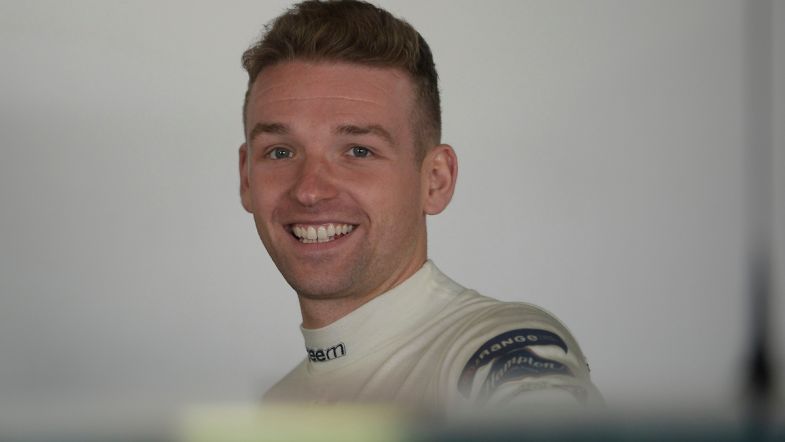 British Touring Car Championship race winner Chris Smiley will make the switch to TCR UK for the 2022 season after inking a deal with the newly-formed Restart Racing squad.

The Northern Irishman has been part of the BTCC grid since 2016 but was unable to agree a deal to remain with the EXCELR8 Motorsport squad for the upcoming campaign.

As a result, he will make the move to TCR UK with the Restart team headed by Bert Taylor, who previously ran Smiley during his time in charge of BTC Racing.

Smiley’s sole victory in the BTCC came in a BTC Racing-run Honda at Rockingham back in 2018; the season when he also secured a career best 13th in the standings.

Smiley will be at the wheel of a Honda Civic for the new season, which kicks off this weekend at Oulton Park.

“It’s a fresh challenge for me with a brand-new team and a brand-new car,” he said. “Working alongside both Bert and Ben, we have everything in place to get our season off to a positive start.

“I’m very confident in the team and looking forward to getting to grips with the new car. I’m also very grateful to Cranswick Country Foods, who are one of a number of sponsors supporting me in my new journey.”

Smiley’s FK7 Civic will be the first to race in the series since 2018, although an FK2-spec car did compete in 2019 with Nick Halstead.

“It’s fantastic to see the FK7 version of the Honda Civic Type R TCR represented in the UK for the first time since 2018 – when it won four races and took the title fight down to the final round,” Mads Fischer, project leader for the builder of the Civic JAS Motorsport, said.

“In Restart Racing we have an ambitious customer team and in Chris Smiley, they have a driver with a proven race-winning pedigree in the BTCC spearheading their challenge.

“TCR UK has grown enormously in the past twelve months and we would be very keen to support as many Civic Type R TCRs racing there as possible.”