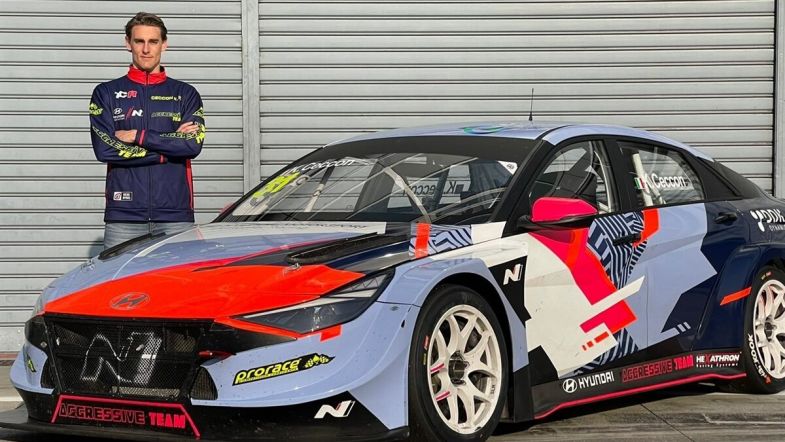 Aggressive Italia has confirmed that it has retained the services of Kevin Ceccon for the 2022 TCR Italy Championship season.

Ceccon finished second in the standings last season with the team on the back of a campaign that saw him win four times in a Hyundai i30 N, with the Italian racer missing out on the title to Antti Buri by a single point.

Having already inked a deal to contest a part campaign in ETCR with Hyundai this season, Ceccon will also return to TCR Italy alongside Edoardo Cappello in one of Aggressive’s new Hyundai Elantra N TCRs.

Ceccon will however miss the Imola event due to his ETCR role.

“I am happy to continue my commitment in TCR Italy, after the great experience of last year,” he said. “The goal will be to fight ourselves at the front and try to win the title, which we came close to in 2021.

“Now I will be able to benefit from the relationship already built with the Aggressive Team Italia and from a latest generation car in the Hyundai Elantra N TCR, which replaces the old i30. Last season I started my season in TCR Italy in less than optimal physical condition, due to an injury to my left arm in training during the winter, while this time I was able to prepare myself physically in the best possible way.

“I need to attack so as to make up for my absence at the Imola weekend due to the start of the FIA ETCR season.”