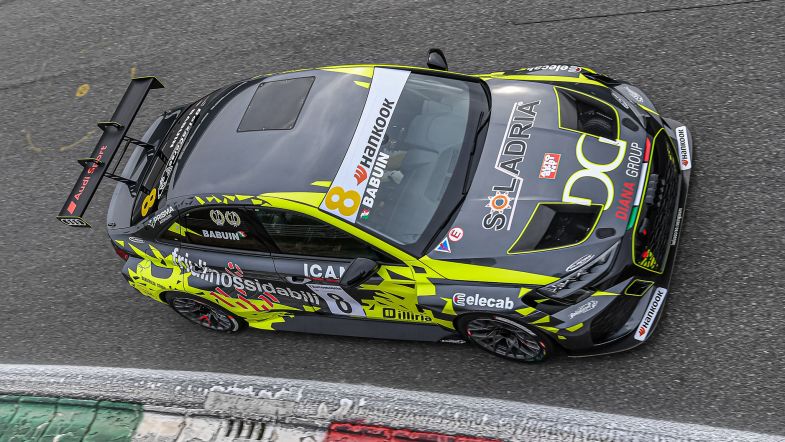 Babuin set a best lap time of 1:57.983 in a session with constant improvements and without major incident, despite the conditions.

Salvatore Tavano was fastest of the Cupra Leon Competición drivers for Scuderia del Girasole to qualify in fifth position, 0.262 seconds behind Babuin, with series newcomer Jack Young (Honda) in sixth position, just a further three-thousandths behind.

Race 1 is scheduled for Saturday afternoon at 14:55 CEST.