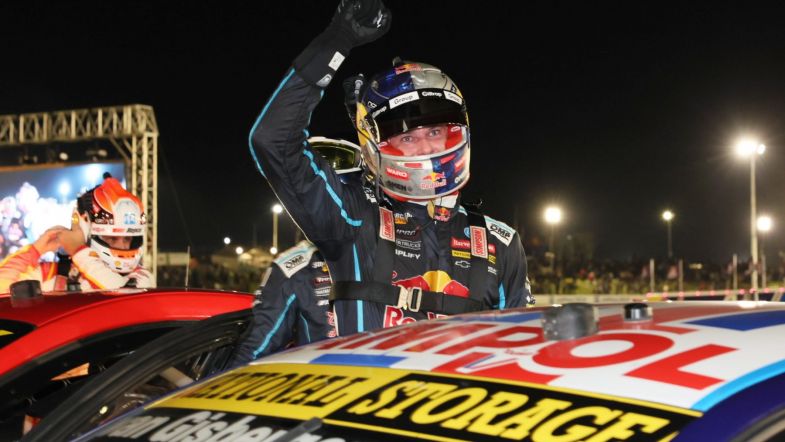 Championship leader Shane van Gisbergen fought his way from third on the grid in the opening race of the Perth SuperNight to score Holden’s 600th Supercars Championship win.

DJR driver Anton De Pasquale started from pole and held the lead ahead of Cameron Waters in the first part of the race.

Triple Eight’s van Gisbergen chose a different pit stop strategy compared to the leading duo and came out with fresher tyres towards the end of the race.

Van Gisbergen made the move stick at Turn 1 on De Pasquale, winning the race by 2.3 seconds, with Waters completing the podium in third.

Grove Racing driver David Reynolds claimed fourth position ahead of Triple Eight Race Engineering driver Broc Feeney, who made his way up from eighth on the grid.

Will Davison and James Courtney claimed positions six and seven while Erebus Motorsport driver Brodie Kostecki had to settle for eighth following a troublesome pit stop, having had fourth position comfortably earlier in the race.