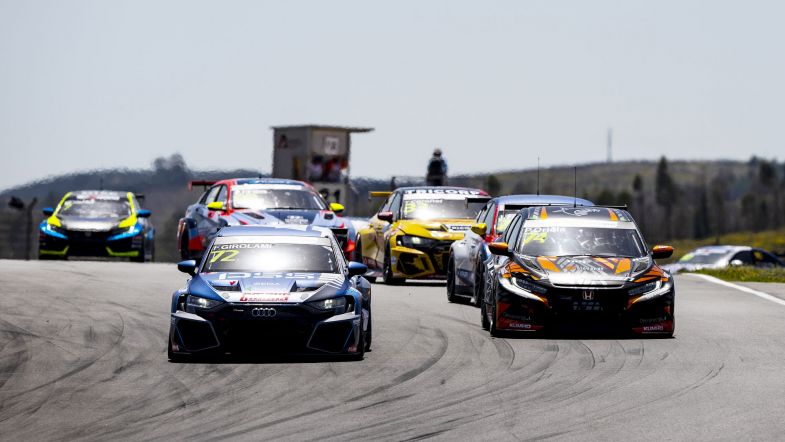 Pepe Oriola slams driving standards: “Someone is going to get hurt”

Franco Girolami won the second race of the TCR Europe opener in Portugal, a victory that came after intense action between the Comtoyou Racing driver and Brutal Fish Racing’s Pepe Oriola.

“I know Pepe is not happy with me, but I would like to see the camera with him,” said Girolami.

“We had some contact in the beginning, I think he hit my car and then in the second contact I hit his car which I want to apologise for. We are friends and I don’t want to race with him in an unfair way.”

Oriola came under pressure from Girolami as the safety car headed in, with the duo going side-by-side for several corners, making contact in the process – contact that left the Honda driver upset.

“I think I was really fair in the fight with Franco, giving him space and not pushing him out of the track but on the straights he was pushing me to try to move me and unsettle the car,” said Oriola.

“I think his driving standards aren’t quite right for this championship; we saw last year that he and Mikel Azcona made contact on the straights several times.

“Okay, Touring Cars are all about big fights and some contacts, but you don’t have to go into another competitor on the straights. I have asked to have a review of the driving standards of everyone. If someone keeps touching other people on the straights at 200kmh, someone is going to get hurt.”

Girolami heads the standings on 68 points, nine points ahead of Race 1 winner Jack Young, while Oriola shares fifth with Isidro Callejas on 48 points.