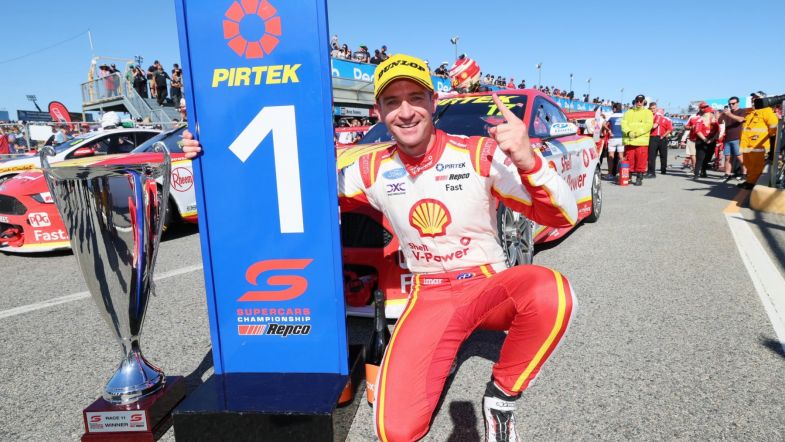 Will Davison claimed victory in the second Supercars Championship race of the weekend at Perth following a penalty for Cameron Waters who crossed the finishing line first.

The red flags were brought out soon however as Scott Pye went into the wall hard at the exit of the final corner following contact with Jack Le Brocq.

Le Brocq tried to get alongside Pye and nether wanted to concede the position. Pye’s impact with the wall forced the race to be red flagged as repairs of the barriers were required.

The race resumed following a lengthy break, with Waters again in the lead ahead of Dick Johnson Racing driver Davison.

Davison then got right on the back bumper of Waters following the first pit stop, trying to get past at Turn 7 on lap 26. The two made contact and Waters was able to stay ahead by using parts of the old pit entry, leaving Davison fuming.

Waters was later handed a five-second penalty and tried to extend the gap to Davison enough ahead of the chequered flag.

But a safety car session on lap 37 meant it was to no avail, a session caused by Will Brown coming to a halt on track due to a technical issue.

The penalty dropped Waters from first to fourth, with Davison winning the race, the first Ford win of 2022, ahead of Dick Johnson Racing team-mate Anton De Pasquale.

Brad Jones Racing driver Andre Heimgartner claimed the final podium position as points leader Shane van Gisbergen recovered from eleventh on the grid to round off the top fivebehind the penalised Waters.