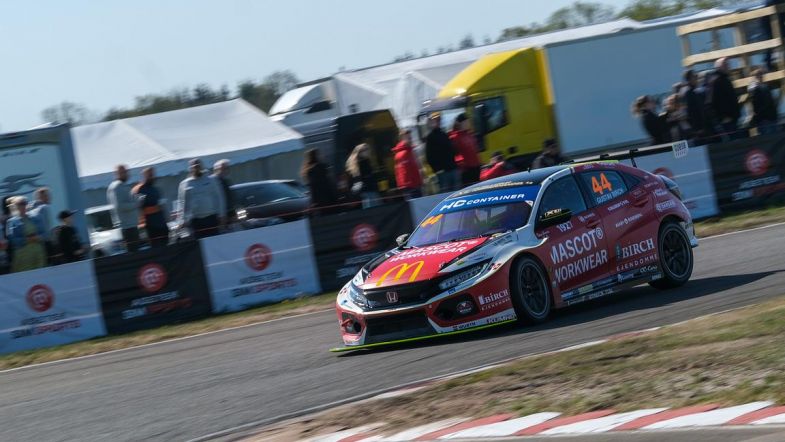 Kristian Sætheren started from pole position behind the wheel of his Alfa Romeo Giulietta TCR but was unable to maintain the lead for long.

GMB Motorsport driver Birch was able to take the lead at Turn 2 on the first lap as Sætheren made a mistake and braked too late.

Halder then set his sights on Mathiassen, passing him for second place with three minutes left of the race.

Lars Højris Nielsen came to a halt at the exit of Turn 1, with the race directors leaving the stranded Cupra on the track for the remainder of the race.

Birch won the race three seconds ahead of Halder, with Mathiassen completing the podium.

Allan Kristensen finished fourth ahead of Nicolai Sylvest, while race one winner Kasper Jensen made his way up to round off the top six.

The third and final race of the weekend starts at 15:05 CEST.