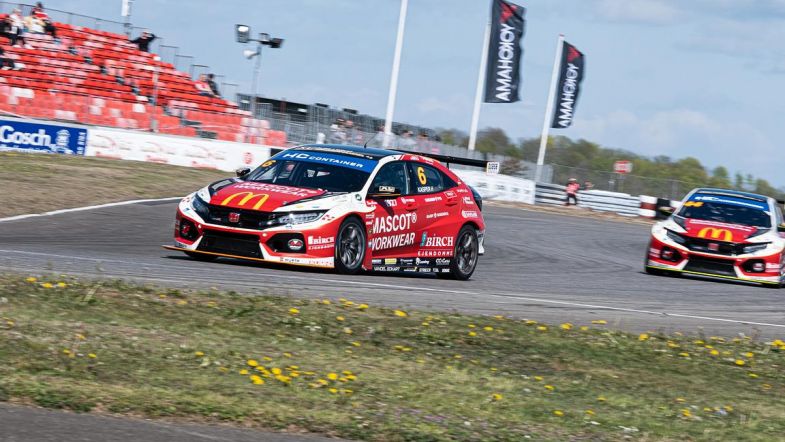 Halder crossed the line first but had been handed a stop and go penalty for overtaking under yellow flags at the safety car restart.

The TPR Motorsport driver did however not serve his penalty and the stewards handed him a 20-second post race penalty instead, dropping him from first to tenth.

Jensen wins the race ahead of Nicolai Sylvest and Jacob Mathiassen.